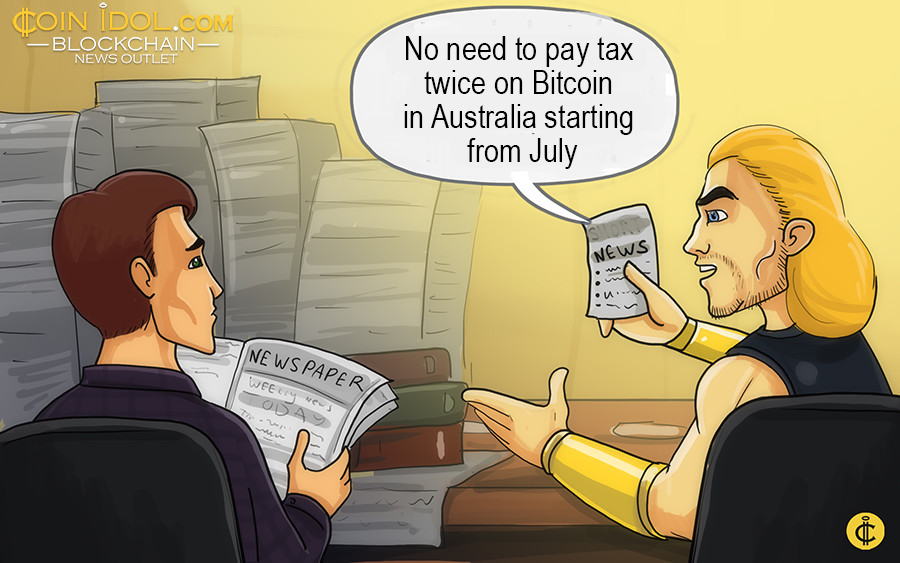 The Australian government has finally decided to drop the goods and services tax (GST) on digital currency purchases, including Bitcoin.

According to our recent report, the Australian government expressed its concerns about the double taxation of Bitcoin and responded that it’s going to solve the problem. The national budget for 2017-18 says that starting from July 1, 2017, purchases of digital currency will no longer be subject to the GST.

“The Government will make it easier for new innovative digital currency businesses to operate in Australia. From 1 July 2017, purchases of digital currency will no longer be subject to the GST, allowing digital currencies to be treated just like money for GST purposes.”

The current tax ruling in Australia considers transactions with cryptocurrencies as a barter arrangement, with similar tax consequences, which means that cryptocurrency users must pay GST twice: once on the purchase of the digital currency and once again on its use in exchange for other goods and services subject to the GST, noted in the Budget 2017-18. This double taxation remains in force until July 1, 2017.

Tags
Bitcoin Australia Tax Digital currency Government Service July Transaction
Most Popular
Oct 04, 2022 at 09:16
Price
Litecoin Breaks Through Resistance At $54 And Sets Its Sights On The High At $64
Oct 03, 2022 at 16:13
Price
Ethereum Approaches Oversold Region And Targets The Low At $1,098
Oct 03, 2022 at 15:05
Price
Chainlink Price Declines Significantly As It Faces Rejection
Oct 03, 2022 at 14:51
Price
Weekly Cryptocurrency Analysis: Altcoins Struggle With Downward Corrections As Cryptocurrencies Approach Lower Price Levels
Oct 03, 2022 at 12:42
Price
Bitcoin Is In A Tight Range: A Breakout Or Collapse Is Imminent
More