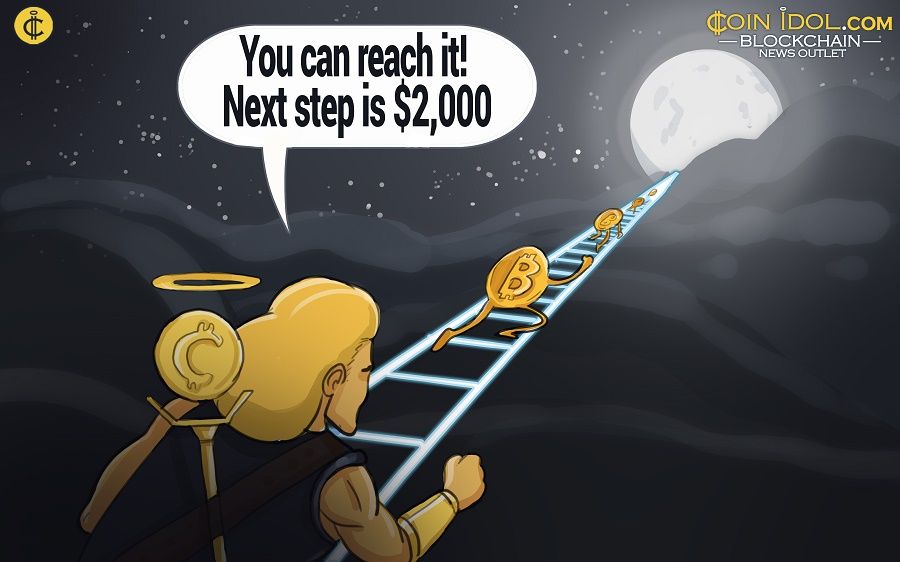 The Bitcoin price has already surpassed its historical maximum and confidently goes higher.

The year 2017 began with a sharp rise of the Bitcoin price to $1,000. Experts expected the price to go further, while experienced users who had already faced losses because of the Mt.Gox collapse and Bitfinex security breach were unwilling to express that confidence. However, Bitcoin moves further. 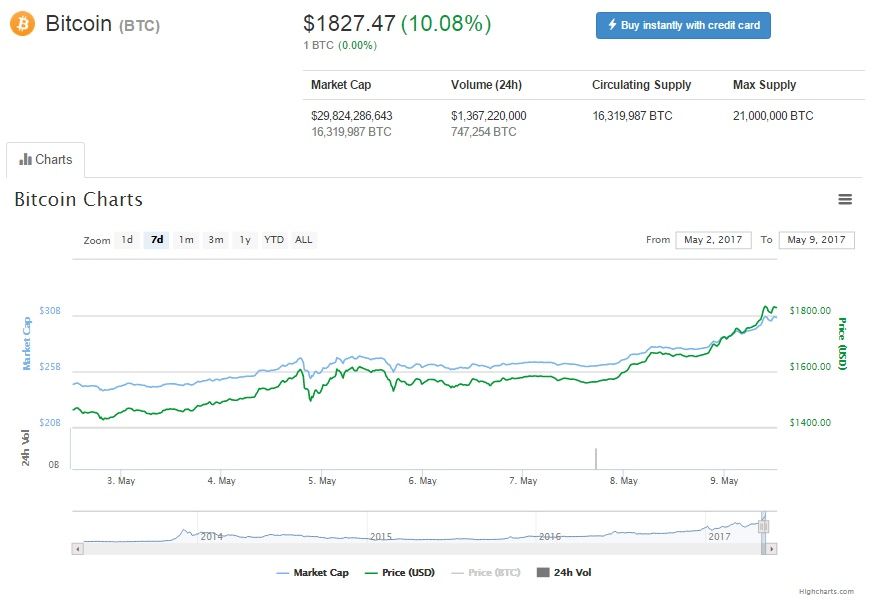 Saxo Bank, the online multi-asset trading and investment specialist, released its annual set of 'Outrageous Predictions' for the year 2017 in December 2016. Its predictions mentioned Bitcoin to grow in value and rise up to the level of $2,100 in 2017.

“As the banking systems and the sovereigns of Russia and China move to accept Bitcoin as a partial alternative to the USD, Bitcoin triples in value, from the current $700 level to $2,100.”

Moreover, the trend that we observe now says that his prediction should come true.

There are experts who see an even a brighter future for Bitcoin in 2017. Adam Davies, a consultant at Altus Consulting, who works with large financial institutions on technology has predicted that the price of Bitcoin could hit $3,000 by the end of the year. He stated in an  interview with CNBC:

"In terms of price this year, I think it will go up to $3,000. As it becomes more pervasive and more generally accepted, I think you'll see rapid growth in adoption"

Among the main reasons for such price jumps in 2017, some experts mention the political situation in the US (new strategy of president Donald Trump), Europe (facing Brexit and elections in Netherlands, and France), Bitcoin adoption in Japan, the warming attitude towards Bitcoin in Russia, etc.

Furthermore, Peter Smith, Blockchain CEO and co-founder, and Jeremy Liew, the first investor in Snapchat, suggestedthat bitcoin's price could reach $500,000 by 2030.  If we imagine that this will happen and the price rises gradually, the Bitcoin charts for 2017-2030 may look like this: