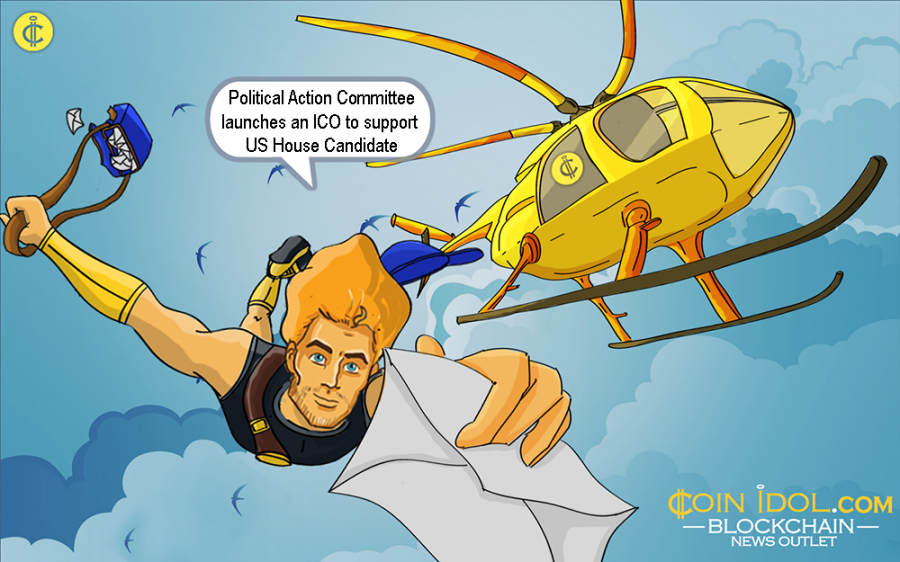 The Political Group in the United States of America (USA) known as Political Action Committee (BitPAC) has launched an ICO to give strong support to their favorite US House Candidate for public office.

According to the architect of the political group Dan Backer, the BitPAC is considering to do an ICO to give some kind of voting rights to whoever financially contributes to the PAC and holders of the politicoin cryptocurrency. Politicoin is just a utility coin, but not a product of value. The PAC doesn’t mind whether supporters buy, sell their politicoin, or if any cryptoasset exchange includes it on its trading platform, it just needs to show and give support to their candidate.

Technological Innovation is the Way to Go

BitPAC plans to backup one potential candidate identified as Dan Bishop who is currently a state senator of North Carolina, and is now contesting for the US House of Representatives in the forthcoming special poll. Candidate Bishop is remembered for supporting North Carolina’s contentious ‘ bathroom bill.’

Nevertheless, Backer sees a future blockchain-based platform where supporters and electorates can show their financial support for any potential political candidate of their choice belonging to any political affiliation, on the condition that they are fully catalogued with the Federal Election Commission (FEC), an autonomous regulatory agency responsible for implementing campaign finance law in the US federal election. With blockchain technology, the PAC will be in a position to show a certain sense of political maturity, a thing that will be fantastic to achieve.

The BitPAC will show its support to Dan Bishop in the coming special poll which is expected to be conducted in 2019, and considering his earlier work of promoting the DLT, BTC and digital currency sector. For instance, he proposed a North Carolina bill amending its money transmitter law to enable potential cryptocurrency businesses.

Dan Bishop is not the first political candidate from the United States to be supported via cryptocurrency contributions. We have seen prominent politicians such as Russian opposition giant Alexei Navalny, Andrew Yang, etc. raise money to facilitate their election campaigns via Bitcoin. Yang who wants to compete in the 2020 US Presidential elections, is accepting Bitcoin and other cryptocurrency donations from his supporters (like Elon Reeve Musk, CEO Tesla) across the country and the world at large.

Andrew has not only stop at that; he has been calling for cryptocurrency regulatory clarity to help businesses make significant investments in this lucrative sector sans any worry of the regulatory change.