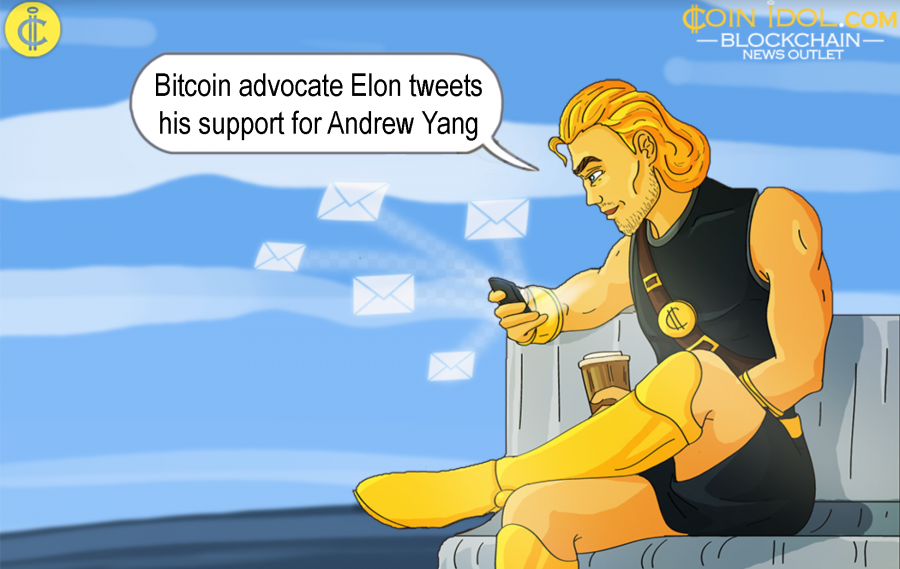 Andrew Yang is a member of Democratic Party (DP) and he is well known as a big advocate of a universal basic income. From the time Yang started his underground campaign for contesting as the next US president, he has been accepting donations in both fiat currency and cryptocurrency especially BTC, Ether, Ripple and other popular tokens fully compatible with ERC20 standards and Venmo payments.

As a matter of fact, in an effort to support Andrew’s campaign, the super political action committee (PAC) Humanity Forward Fund (HFF) is working hand in hand with reliable payment platform Opennode to collect money from Yang’s supporters across the US and the world at large. From 25th last month to August 14, the HFF via Opennode, started collecting campaign donations only in BTC.

As we talk now, Andrew Yang is preparing for the debate Number three that will take place on Thursday September 12, where he will be tussling it out with eight other DP potential competitors including Joe Biden, Amy Klobuchar, Kamala Harris and others.

Since cryptocurrency activities are predominantly carried out using internet, Elon is working with Jeff Bezos, the CEO of Amazon to roll out a wide number of satellites in space so as to provide the fastest Internet to people including the digital currency users across the world.

Musk believes that the BTC system is very vivid and his commendation of Andrew’s presidency candidacy will play a significant part in the improvement of Bitcoin adoption and growth rate. As we recently, Andrew Yang also proclaimed that he wants to put the 2020 elections on the blockchain tech to prevent vote rigging and election manipulation.