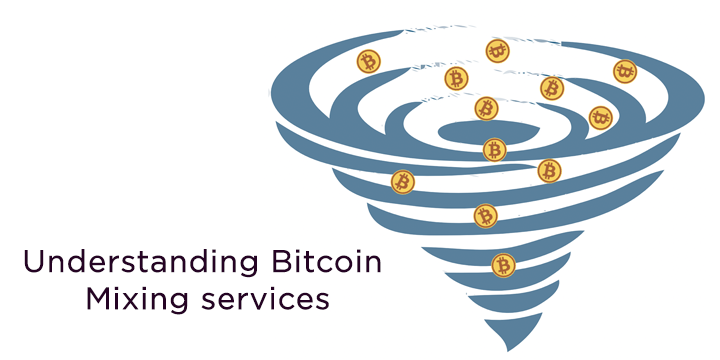 Anonymity is not a 100% guaranteed when it comes to investing in cryptocurrencies such as bitcoins for your business transactions.

As far as Bitcoin is concerned, it a partial entity, and many focuses on being pseudo0anonymous rather than entirely anonymous. The blockchain network from which cryptocurrency transactions take place is more of a public ledger that keeps various records of information from every transaction. These records involve the blocks that individual miners add which translates to all their activities and addresses.

Many reports have proven that cybercriminals adore the environment of such public domains where they get access to all the information; they can acquire from Bitcoin transactions. This is evidence that the matter of anonymity is a vital feature for every person who owns and uses their Bitcoins.

Bitcoin mixing services can, therefore, be referred to as the solution to the above situation. They shuffle your coins through a predefined system of random processes. Their main agenda is to act as a third party in ensuring the security of your coins is enhanced by mixing them and thus creating confusion, which prevents cybercriminals from tracing the transactions. These service providers are also known as scramblers, tumblers, and shufflers.

How the Mixing Process Works

The details of the process are not all that complex, as one would assume. It instills easy steps and procedures for any user to understand and get a good grasp of what and whom they may be trusting the security of their Bitcoins.

What the Bitcoins mixing services do is breakdown your Bitcoins, those intended for any transaction, into smaller coins. They then mix them up with other coins from different addresses hence making it hard for the system to tell the difference. This makes it extremely difficult for hackers to trace your coins and transactions back to you.

When to Use a Mixing Service

Mixers are suitable for use by the owners of the Bitcoins during their transactions. The necessary payment is sent through the mixer and then distributed to its intended destination.

They can also be used to withdraw coins from a specific exchange service, that requires one to provide credentials about their real identity, to the intended wallet on your device.

When exchanging Bitcoins between two wallets or addresses that the owner controls, using a mixing service would come in handy.

Mixing services can also be used when withdrawing a certain amount of coins from a peer-to-peer market website to your wallet.

How to Use a Mixing Service

Utilizing a Bitcoin mixer is a natural process for any beginner to follow. The most significant thing to do is careful research when it comes to finding the right type of mixer.

Once you’ve found a mixing service worth trusting, you need to input the targeted address along with the specific amount as well as the time delay desired. With a sound Bitcoin mixer, there is no need to open an account. Remember to always use a reliable browser, most preferably TOR, for the perfect encryption.

Bitcoin isn’t as private as it’s intended to portray. The blockchain network is full of rampant cybercrime activities with surveillance efforts made from many unidentified parties. Breaking the connection between the coins and your addresses through mixing is an essential precaution that all users have to take.