How to Understand Bitcoin’s Hash Rate? 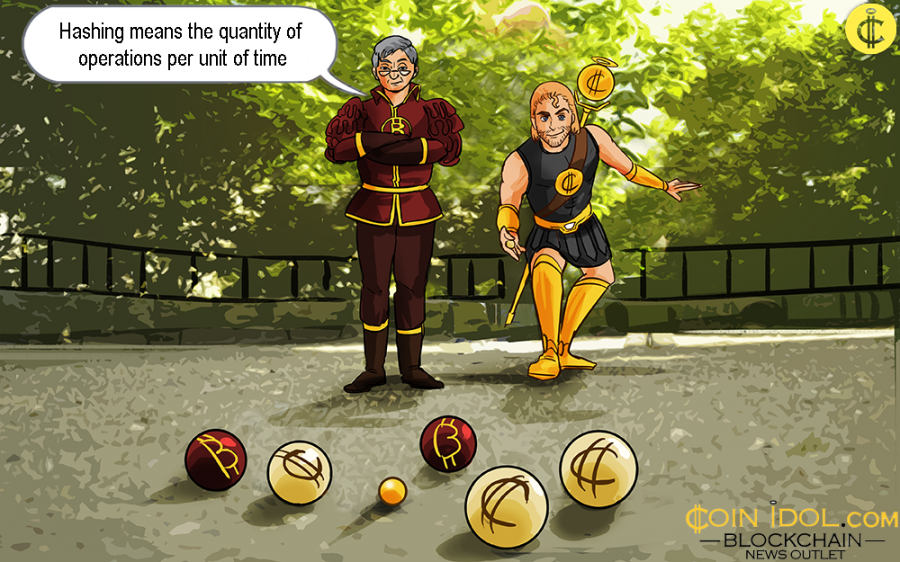 To succeed in the world of Bitcoin and Blockchain one needs to know a lot of relevant tech terms and their implications. Whether you are an investor, a writer, programmer or creator these terms are still essential for your basic success in the industry. The industry has a few thousands of complex terms. One of those is the Hash Rate. Luckily we shall introduce it here and explain its implications.

So what is Hash Rate or Simply Hashing?

According to Techopedia, the hash rate is the quantity of operations per unit of time. It is the speed at which a mining machine of a given cryptocurrency performs. The rate is a very useful feature in cryptocurrency mining and blockchain operations.

Fundamentally, it is the processing capacity of BTC network. Meaning during periods of hash decrease, the blockchain possesses very small capacity. The blockchain does not operate efficiently when hashing is low. During mining, transactions are hashed before they are added to the blockchain.

A healthy network is characterized by a constantly high hashing. This is the preferred feature of the dynamic system. High Hashrate means it is secure and less susceptible to a 51-percent attack. A 51% attack is when a group of miners of miner controls more than 50 percent of the entire system.

Bitcoin is a decentralized technology implying no one entity should have control of the entire network at any time. This can be monitored by the Hash Rate. When it is averagely high the network has distributed mining powers among several miners. For a single miner to control the network he needs to have more than 50 percent of the mining powers.

However, having such high computing powers would require an unimaginable amount of resources. These resources include super normal supercomputers, high amounts of electricity supply and high cooling capacity. This is just impossible under all circumstances. Therefore a high hashing reduces the risk of anyone singly controlling the Bitcoin network.

Measuring Scale for the Rate

When more powerful, Application-Specific Integrated Circuits (ASICs) are deployed on the network, the network hashing increases. Since 2009 the Bitcoin hashing power surpassed the Billion figure. The current mining power is 74 quintillion hashes per second written as 74 EH/s.

This generally implies that Bitcoin won a lot of general acceptance from the world’s population since it first came in 2009. the Hashing is just power, and when the system has a lot of power it operates more efficiently. Additionally, the power makes it more secure and the blockchain better.