What Happens When Bitcoin Mining Rewards Diminish To Zero? 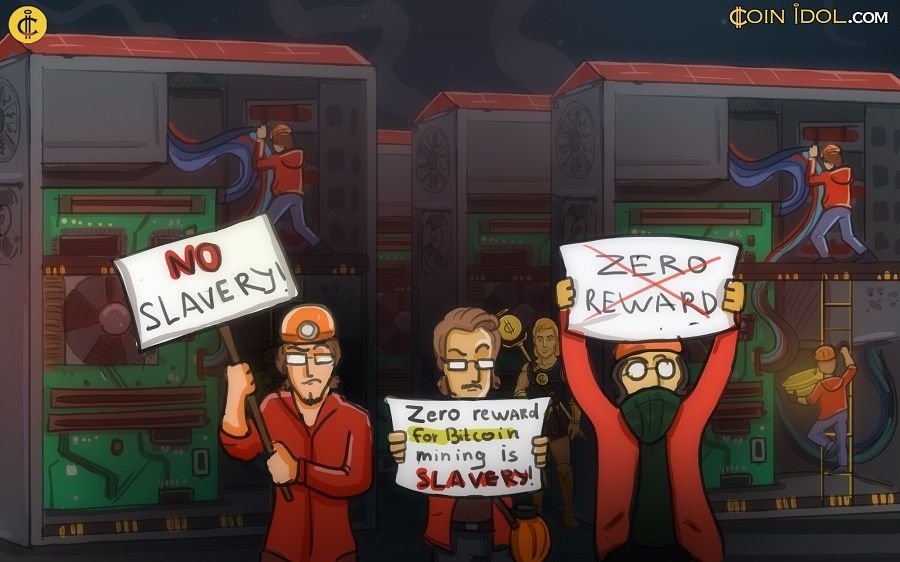 Bitcoin  is the most popular cryptocurrency today with millions of transaction taking place every day. It is created by solving complex algorithms with sophisticated computers in an energy-intensive process termed bitcoin mining. However, there are only 21 million bitcoins that can ever mined.

Many medium-scale and small-scale miners either ignore the effects of the event of the mining rewards diminishing or see that by the time it does reach zero they could have reached their  break-even point or the transaction fees will rise up enough to compensate them.

Esteban Smit, Founder Member at Skill Dragon Bitcoin Mining in South Africa, said the value of bitcoin will continue growing and will become like other currencies.

“Nothing much is expected, they will be used like everything else exchanging hands all the time for goods and services like money does and like it is doing right now as well, the difference is that the bitcoin will continue growing in value.”

Many questions are being asked about what it will really be like when miners no longer get rewarded.

How will miners sustain their investments?

Miners spend a lot of money to buy mining computers to be able to fork out some coins fr om the block. Miners use a good percentage of these earnings to maintain their operations and to cool mining stations. The bitcoin architecture has been pre-designed to allow a halving of rewards after every four years and to allow the changing of the mining difficulty factor (normally on the upward) after every two weeks. Coupled with all this, the fight for the miners’ profit and survival becomes a tough one and miners need to survive in order to continue in business.

CoinIdol.com talked to David Sønstebø - founder of IOTA, a new cryptocurrency token focused on providing an infrastructure suitable to carry out micro-transactions for the Internet-of-Things ecosystem. He said mining fees will increase and will be used by miners to sustain their operations.

“Fees will grow in accordance with a decrease of mining rewards, as the amount of bitcoin blocks being found goes down the fees paid to the miners will, as the rule of thumb, go up and act as an incentive to the miners, Assuming no radical changes in architecture occurs.”

But still, no doubt a lot of miners will be forced to upgrade their mining hardware or else they will not find any new blocks.

Peter Trcek, CEO of Bitnik, a BTM operator based in Slovenia, said Bitcoin’s price will rise, he explains that the trend was established in the early stages of bitcoin.

“If bitcoin will be successful in the future, the price will rise. This will keep mining profitable even though absolute value of block reward will diminish. (example: 12.5 BTC in USD today is much more than 50 BTC were in 2009). When block reward falls very low or disappears it's not unreasonable to expect the computational capabilities of the network will be so much larger that the amount of transactions transacted over bitcoin will fill blocks with sufficient fees to keep mining profitable. Besides, mining is a competition on the market for whatever is earned by block reward + fee. Even if there is less revenue to be gained, there will still be miners that will keep competing for it as long as their costs are covered.
On the topic of bitcoin as a payment method. If it won't be bitcoin it will be a different cryptocurrency IMO.”

David V. Duccini, the lead developer of GiveCoin and founder of the Strength in Numbers Foundation, said he agreed that transaction fees need to increase and stressed some points to the bitcoin core developers.

“I agree on the need for higher fees — it should be a percentage-based model, like I used in 2GIVE — in fact it’s one of the “tells” that suggests that Satoshi was NOT an economist — the fixed fee penalizes micro-transactions while letting monster sends get off for essentially free which is also likely a lot more work for the miners to vet all the coin inputs to verify against a double spend. For the most part, Bitcoin should be used primarily as an asset and not a currency IMHO — if we had a solid wallet that facilitated a combo Bitcoin/Litecoin (for example) — we could facilitate more of the currency sends on Litecoin”

Rob Gonzalez, CEO at UTXO, a company that is the seller of mined bitcoins, said bitcoin will become a generally accepted currency and its price will settle from fluctuations.

“If Bitcoin does become mainstream enough the price will settle down at whatever price the mainstream thinks bitcoin is worth. It will be a currency like USD and Euro wh ere it's not as volatile. Governments may adopt it into their currency, who knows. It's over a century away. But that's what I think”

How will the bitcoin network be supported?

Bitcoin mining does not only involve activities that create new coins, but it’s also a way of verifying daily transaction that crowd the blockchain network. Miners validate transactions before they are finally added into the blockchain records.

Mark Carrusca, Blockchain - Bitcoin Mining Project Manager at Independent Bitcoin Mining, an analyst and operator, said the incentives in terms of fees earned by miners will be enough to keep them mining.

However, as stated before, the possibility of all bitcoins being mined is expected to occur around the year 2140 which is still very far from now.