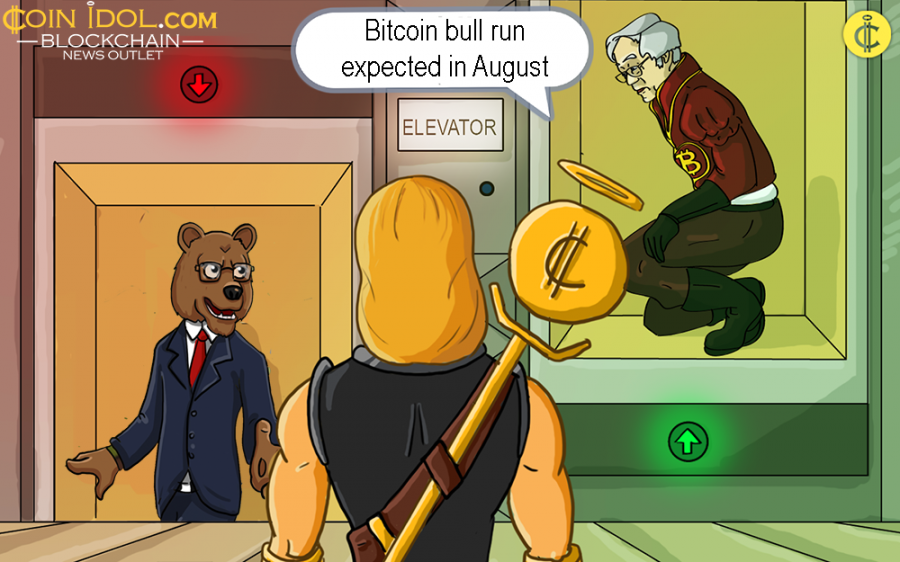 As investors continue to recover from the bearish market, the co-founder of Fundstrat Global Advisors Tom Lee remains optimistic and expects the next Bitcoin bull run to begin in August or September this year – which is five to six months from today. Lee has been making cryptocurrency predictions and comments for years.

While in a one-on-one interview with CNBC’s Futures Now, Lee said that:

“The key number to watch is the 200-day moving average… BTC’s bouncing along that. If Bitcoin holds above $4k, it’ll cross its 200-day [moving average] by August, so I think the outside window is five to six months before it starts to look technically like it’s back in a bull market.”

JPM Coin is not a Threat to Bitcoin

The use of Bitcoin globally increases day in day out. For instance, the political turmoil happening in Venezuela has seen the growing use of digital currencies including Ethereum, Ripple, Bitcoin Cash and others in the country.

Lee also talked about the JPM Coin – a crypto created by JPMorgan. He said that since JPM Coin is a stablecoin, it will not be a big threat to BTC. JPM Coin was created to help carry out the internal payments by JPMorgan’s workers, according to the bank.

Because of the BCH hard fork, BTC – the leading coin by market cap – might spend much time in $6,000 price levels sorting itself. The Fundstrat co-founder awaits to see whether or not BTC’s future will turn out to be an asset class.

Other crypto bulls have come out to make their own predictions on the price, for example, a venture capitalist Tim Draper said that bitcoin will hit $250k by 2022.

In addition, a specialized crypto trader who prophesized that the price will plunge to $3,000 known as MagicPoopCannon, is this time around hoping that the coin will be skyrocketing a few years from now. He predicts BTC to be valued at $150k by 2023.

In 2018, Tom Lee had anticipated that Bitcoin will skyrocket beyond $25k, but in November the same year, he came out to lower his target to $15k, as reported by Coinidol.

However, Fundstrat has also cautioned crypto investors the market might change its face and make new lows before recovering.