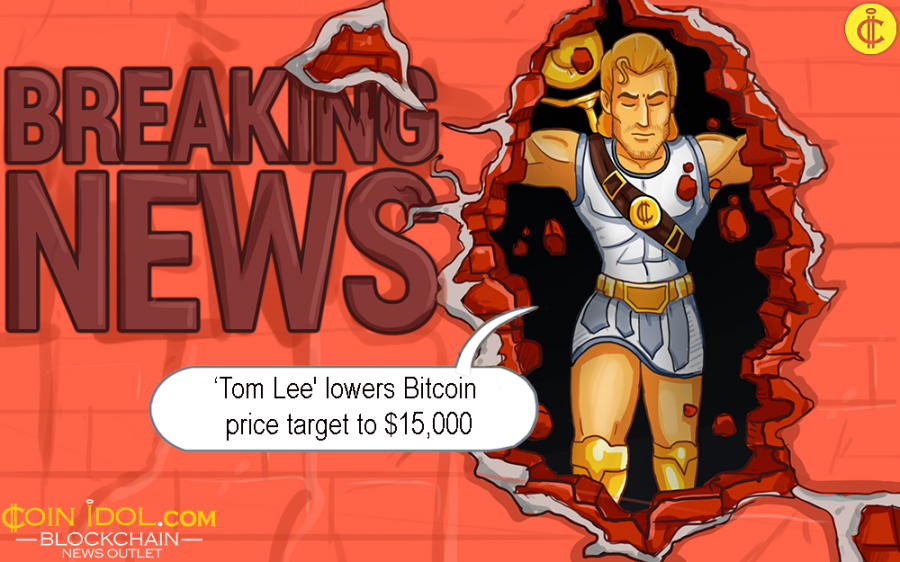 Tom Lee, the co-founder of Fundstrat, now goes by his reduced 2018-end Bitcoin (BTC) price malnourished target of $15,000, revealing that the rapid fallout from a market collapse in technology stocks is putting a lot of pressure on virtual currencies.

Tom's new forecast is a dramatic fall from the weighty target price of $25,000 he had earlier set this year when the digital currency market appeared ready for a significant boom.

“Global markets have seen liquidity dry up, and bitcoin is not necessarily a value asset — so as growth stocks, tech, and FAANG come under pressure, it’s going to hurt bitcoin,” Tom told CNBC on Tuesday, November 20. “The downturn in FAANG is hurting those owning bitcoin.”

BTC in an "Awkward Transition"

Regardless of the recent plunge, Tom remains optimistic about digital currency though he very much agrees that the industry is going through an "awkward transition."

Tom revealed that digital currency still has a good long-term future in front of it since he believes that massive institutional investors will soon begin regaining confidence and start investing.

Tom said that the next wave of crypto adoption will be institutional, the crossover is occurring and that this is merely an awkward transition.

When Tom was asked about when the institutional investors will begin leaping massively into cryptocurrency, he revealed that it's on the horizon.

He said that institutional backing is appearing very soon. It will be acquired partly via infrastructure, such as Bakkt, that is rolling out very soon. And some will come via regulatory lucidity.

Tom revealed that regulatory crackdowns on scam individuals and federal investigations about manipulation of the BTC price, which are ongoing, would eventually legitimize the crypto sector.

Tom is confident that once that is achieved, then the institutions will feel more free while placing bets.