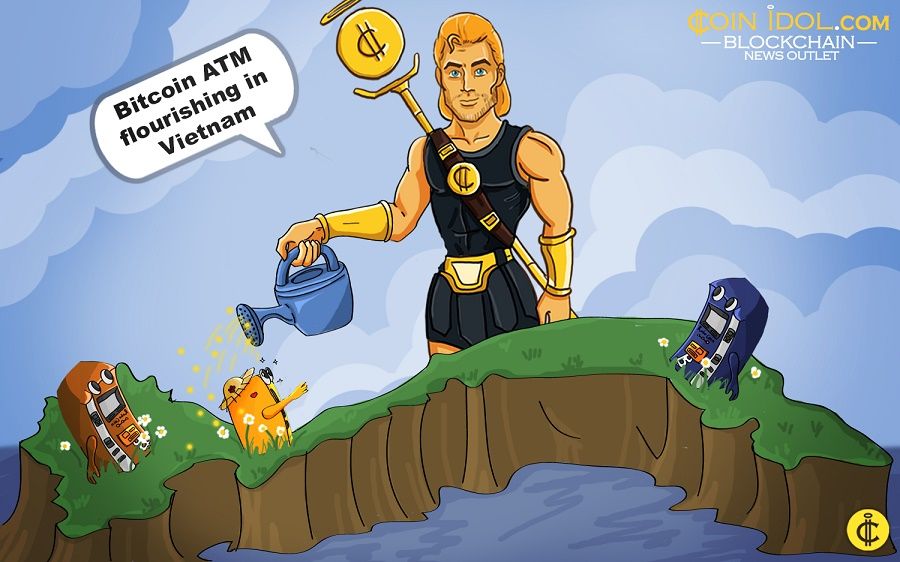 The number of Bitcoin ATMs has increased almost twofold recently in Vietnam, with new arrivals coming in and old players adding a number of machines in different locations across Vietnam.

Bitcoin ATMs (Automatic Teller Machines) provide convenience whereby users can exchange bitcoin to fiat or from fiat to bitcoin easily. As with any other ATM service, a Bitcoin ATM should be located in places with a maximum population of bitcoin users who require the service.

Why are a lot of Bitcoin ATM operators flocking to Vietnam?

The country currently ranks #11 in the world for money sent home from overseas workers and relatives. With about $13 billion dollars in remittances from friends and relatives abroad.

CoinIdol.com spoke to Nguyen Tran Bao Phuon, CEO of Bitcoin Vietnam, on why Vietnam has become a destination for Bitcoin ATM operators, and she said:

“Vietnam is developing rapidly in the financial technologies and consumers of these services are very many in Vietnam as well. People in Vietnam still don’t trust some of the web based exchanges making the Bitcoin ATM an ideal answer to their fear.”

What does this rise in Bitcoin ATMs mean to the legacy banking systems in Vietnam?

About 70% of the Vietnamese population is unbanked. The introduction of these bitcoin machines would mean some of these people will never, at any time, consider opening a bank account.

CoinIdol.com spoke to Thành Nguyễn, a recruitment specialist at Vietnam Prosperity Bank, and he said:

“There is no need for many banks here since most people who get bitcoins from these machines withdraw money sent from abroad to be spent in a specific way. I think the trend is going to continue where people will keep ignoring the bank and use bitcoins instate.”

Is Bitcoin preferred as a system for remittance of funds from abroad over fiat?

There are numerous ways in which money from abroad can be remitted to a country, with the biggest names including Western Union and Moneygram. Why is bitcoin preferred as a way of remitting money from abroad in Vietnam?

CoinIdol got in touch with Eugenia Fabon Victorino, an economist with ANZ. She commented:

“Bitcoin money transfer is cheaper compared to Western Union or Moneygram. Western Union, for example, take a big percentage of the funds being transferred as transaction fees and there is a ridiculous verification process which should be passed 100% in order to receive the funds. Bitcoins provide an easier option where one needs only a wallet in a computer or a smartphone to securely and easily withdraw money from the bitcoin ATM or local bitcoin trader.”

Tags
Vietnam Bitcoin ATM Bitcoin ATM Money Coinidol Fiat Service Banking Real Estate
Most Popular
May 16, 2021 at 11:30
News
3 Reasons Why Payment Service Platforms Switch to Blockchain, Facilitating the Adoption of the Tech
May 16, 2021 at 10:35
News
Chainlink Rally Stalls at High of $52 as Altcoin Retraces for More Upside Momentum
May 16, 2021 at 09:29
News
Uniswap Range-bound Between $36 and $44, Attempts to Breach Recent High
May 15, 2021 at 12:40
News
Low Orbit Crypto Cannon LOCC Lottery Draft Occurs Every Hour | Stake Once to Enter All Upcoming Drafts
May 15, 2021 at 11:20
News
Dogecoin Resumes Fresh Uptrend as Buyers Recoup Above $0.40 Support
More