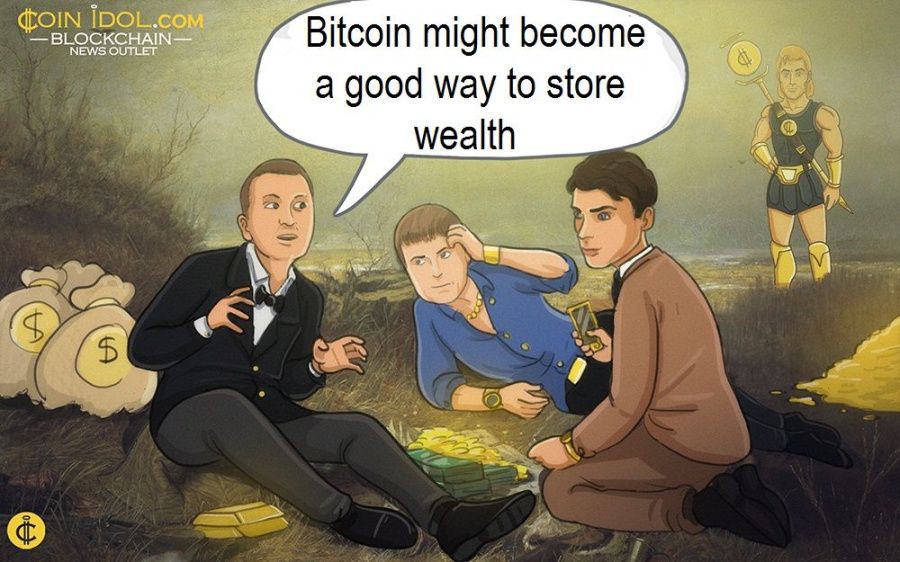 The bandwagon of cryptocurrency has not left out some of the prominent businessmen from the traditional field. Most of them are now realizing the benefits of digital currencies and the blockchain, the underlying technology behind Bitcoin.

In an interview with Fortune, the founder of Skype, a communication app, Jaan Tallinn, announced he stores most of his wealth in Bitcoin (BTC), the world’s leading cryptocurrency by market cap.

After using Bitcoin for a couple of years, Tallinn publicly supported it by saying that he uses the crypto to store part of his wealth. However, the entrepreneur currently has no plans of going any further in his support than buying some coins. He said that Skype won’t participate in the development or use of Bitcoin or any kind of digital currency.

Mainstream use of cryptocurrency

There are other prominent entrepreneurs running the globe's biggest companies that publicly support cryptocurrency or keep their wealth in it. In 2020 alone, several Executives such as Jeffrey Gundlach, Bill Miller, Paul Tudor Jones, as well as the US celebrity Kevin Hart joined the cryptocurrency industry. Also, US Senator Cynthia Lummis revealed that such groundbreaking blockchain-based innovations will help boost the economy.

Recently, the co-founder and Chairman at Intercom, Eoghan McCabe also expressed his love and support for BTC via Twitter and other social media platforms. He encourages more companies and banking institutions to adopt BTC and other digital currencies because this will help their use to spread widely.

Considering how Bitcoin is doing well in the market, some people who were hating the coin have started to admit that Bitcoin might be a potential and viable store of value. As per the report by CoinIdol, a world blockchain news outlet, Bitcoin has had a 64% price increase since January 2020. Lately, the coin is trading at around $18,000. This, along with a bunch of other reasons, triggered big institutional investors to include BTC in their portfolio.

According to an announcement by NewsBTC, Salinas Pliego, the Founder and Chairman of Grupo Salinas, a large media conglomerate, and the third richest man in Mexico, has invested 10% of his investment portfolio in Bitcoin. He has chosen the flagship crypto along with other assets like gold.

Another billionaire, Stanley Druckenmiller, also announced his support for BTC last week. He bought a stake in the flagship crypto, most obviously prompted by its sharp price increase along with further bullish sentiment, which makes the asset highly profitable.

If the skyrocketing trend is lasting enough, Bitcoin is likely to attract even more institutional investors, big and popular companies' founders, leaders of financial institutions from traditional finance as well as other prominent business players wishing to keep and multiply their wealth.