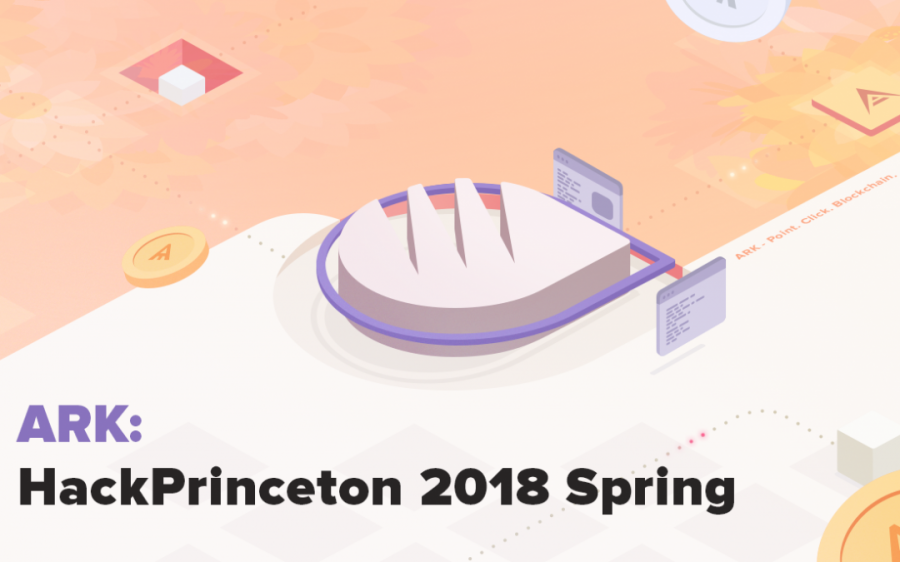 The team at ARK proudly announce their official sponsorship and attendance at the HackPrinceton 2018 event, running from March 30th, 2018 to April 1st, 2018.

The innovative entrepreneurial spirit that embodies the  ARK project has landed the blockchain technology company at Princeton University’s bi-annual hackathon. The famous event plays host hundreds of student programmers, developers and entrepreneurs from colleges and universities across the continent. In a thirty-six hour-long competition, students in teams of four will be working to create functioning software or hardware projects, and ARK will be a part of the challenge. The Princeton organizers wrote:

"Whether you’re new to coding/design/hardware or a seasoned hacker, you have a place at HackPrinceton. All we expect is a passion for learning, a willingness to collaborate with people of different backgrounds, and a desire to benefit the world with technology. We’d love to see you here!”.

ARK will be taking the opportunity to scout talent, show developers ARK in more detail; competitors at HackPrinceton who wish to get in early can find a lightweight deployment script for creating ARK based blockchains, the  ARK Deployer. ARK is a platform that enables its users, from student developers to large organisations, to build and access a blockchain network that brings traditional staple features that are found on other blockchain systems and networks together, into one entire ecosystem of linked chains.

In January 2018, ARK released the  ARK Deployer script, opening up the doors to absolutely anyone who wishes to explore the technology, learn the ins and outs and eventually launch their very own blockchain that runs on ARK technology within minutes. The script allows users to test the limitations of the ARK blockchain and see the virtual web of Bitcoin, Ethereum and Litecoin blockchain applications connecting via SmartBridge technology, meaning that ARK can utilise features like smart contract technology openly across different chains.

ARK Deployer developers can also begin to create decentralized applications (dApps) with  simple REST APIs in over twelve different programming languages. The ARK team will be attending with a mix of ARK crew and community supporters/developers:

This is a unique opportunity for ARK the competitors to see just what the technology is capable of in the hands of a generation who will be pioneering the future of blockchain for years to come.

To find out more about the HackPrinceton Spring 2018,  head to their website.

ARK have additionally introduced their BridgeChain – which will allow users to run Ubuntu VM in Azure, integrate Azure PublicIP and Firewall configurations as a pre-built element, control their own BridgeChain node and ARK Explorer, which they can have running in less than 20 minutes, and enjoy ongoing benefits afforded by a re-usable and customizable deployment script.

This deployment method can be used to jump-start the journey to your own BridgeChain in the process outlined  here, and will need an active Microsoft Azure account (Trial is OK) and basic knowledge on how to connect via SSH (E.g. PuTTY for Windows).

ARK is the source of this content. This press release is for informational purposes only and should not be viewed as an endorsement by CoinIdol. We take no responsibility and give no guarantees, warranties or representations, implied or otherwise, for the content or accuracy. Readers should do their own research before investing funds in any company.