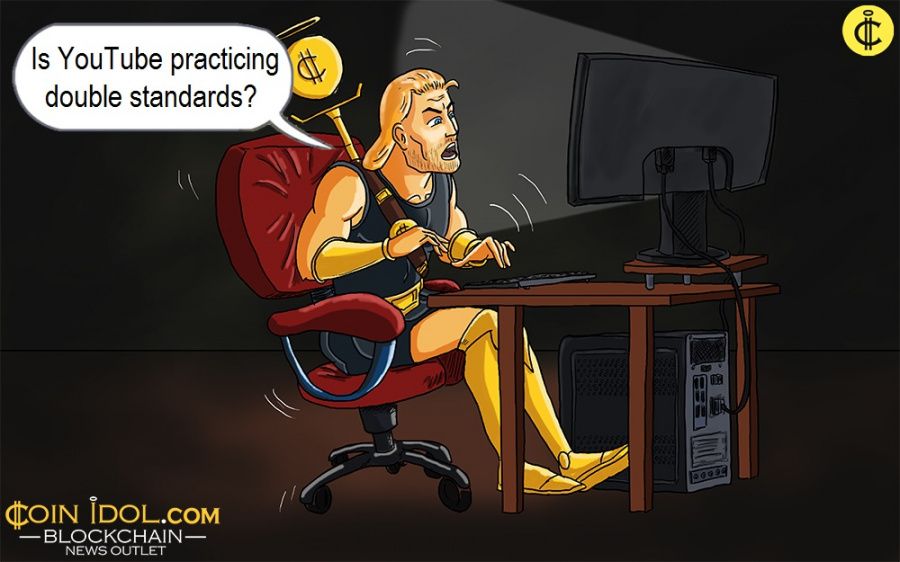 YouTube seems to proceed with its Crypto Purge as another blockchain and cryptocurrency channel was blocked for 3 days citing “promotion of illegal activity”. On the other hand, the platform often allows cryptocurrency scams, demonstrating that its security policy has a breach.

A popular Altcoin Daily channel with 214,000 subscribers was blocked on July 31. After its runners, Aaron and Austin Arnold learned the reasons they had been banned, they immediately submitted an appeal and sought support on Twitter. The brothers claimed they had nothing to do with illegal activity, while their content was aimed at informing the community.

Replying to the tweet, the team of YouTube promised the appeal will be reviewed. Indeed, on August 3, the Altcoin Daily renewed its operation.

Thanks for the tag – since you already submitted an appeal, you'll just have to wait for the result via email. Learn more about channel terminations, including why it can happen: https://t.co/ttfebnw1gg

Hope you hear back soon.

This is not the first blockchain and cryptocurrency-related YouTube channel banned by YouTube, so this had not come as a surprise for the community. On the other hand, its members were outraged by the fact that the platform allows scammers while blocking legit projects. A Twitter user named @_tooraj_ expressed his indignation about this matter as he replied to the tweet of the Arnold brothers. 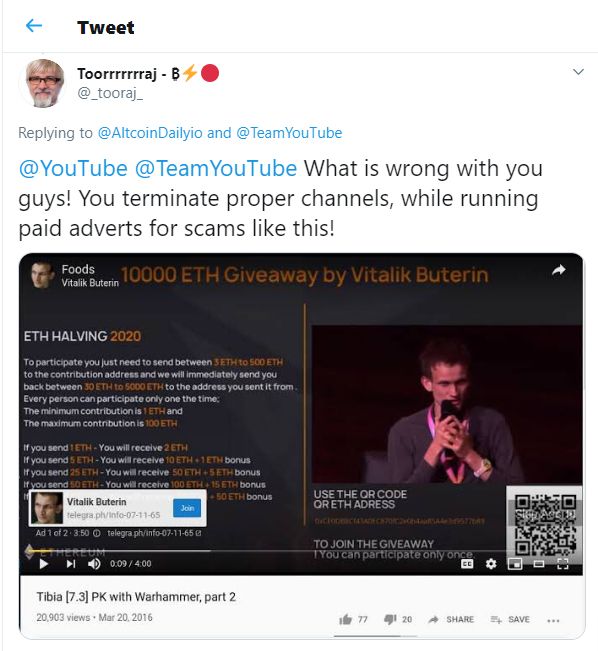 Indeed, the situation with cryptocurrency channels proves YouTube’s policy is far from being perfect. Previously, unknown fraudsters used the name of Steve Wozniak, Apple’s co-founder, to promote fake giveaways. As YouTube didn’t take any measures to prevent that, Wozniak has even filed a lawsuit against the platform. The same thing was done by the Ripple’s CEO Brad Garlinghouse. According to his lawsuit, YouTube was systematically promoting Ripple scams, thus causing the coin’s huge users.

As YouTube is a subsidiary of Google’s, it has policies common with the giant’s other services. Thus, Google Ads has the same breached security policy. According to CoinIdol, a world blockchain news outlet, the service was also exposed to banning a legit cryptocurrency project while allowing its fraudulent clone.

Considering the increased number of scams arising on the Internet during the last half a year, there is a need for reasonable monitoring companies that use services like YouTube, Google Ads, etc. to promote their projects. However, it seems that existing policies need to be revised in order to avoid practicing double standards.