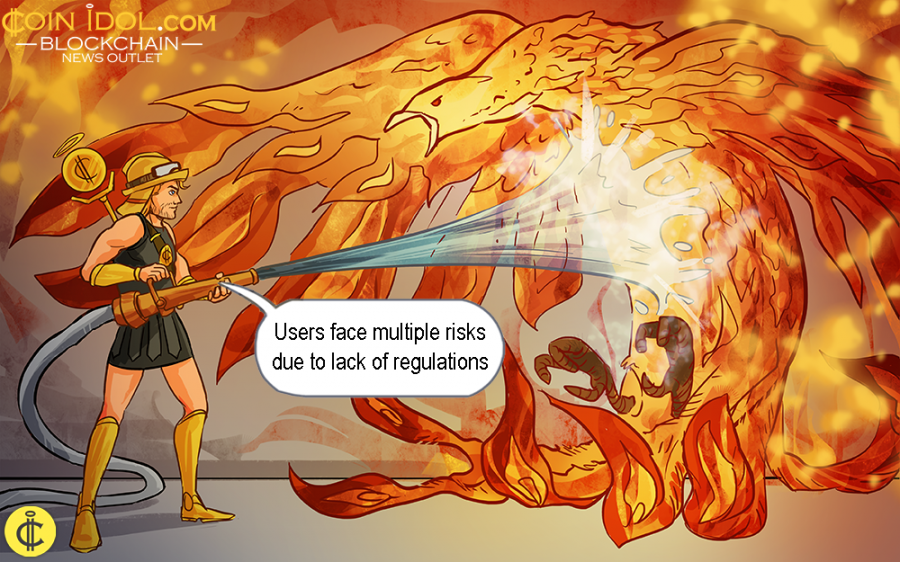 Several academic papers in Italy discuss the risks associated with cryptocurrencies including Bitcoin, Ethereum, Ripple and others, and warn that there are a number of vulnerabilities created by dependence on blockchain and distributed ledger technology, including cybercrime.

The decentralized structure of the technological innovations and applications makes it harder to respond tom the risks and potential vulnerabilities than in centralized institutions which manage their individual proprietary technologies. Risks have been recognized in a blockchain application but there are still slow processes to apply changes since it is very hard to complete coordinated action among autonomous participants.

Recently, it was reported that Italy lost almost 10 billion euros in cryptocurrency through cybercrime. There are various forms of cybercrimes associated with cryptocurrency, blockchain and distributed ledger, such as fraud, money laundering, financing terrorism, industrial undercover operations, supporting prostitution, illegal drug trade or drug trafficking, etc., and cybercrimes continue to increase rapidly on a large scale, as per the Global Risk Report 2019 conducted by World Economic Forum.

There are many companies that suffered major business email compromise threats causing a severe damage of more than 300,000 euros, some of which have been partially recovered by the responsible authorities in the country.

Last month, the Bank of Italy published a study dubbed “Economic and regulatory aspects of crypto-activity” which scrutinizes the economic aspects of bitcoin and cryptocurrency activities. The study revealed that deficiency of a properly-defined regulatory framework puts blockchain and cryptocurrency users to numerous risks such as permanent loss of their cryptos due to malfunctions, loss of private keys, fall in value because of the high price volatility, attacks on computer, smartphone and other electronic devices, as well as risks linked to money laundering.

"The use of decentralized exchanges makes it difficult, however, to identify the beneficial owner of cryptocurrencies and, more generally, to permit forms of avoidance that are not easily controlled,” says the study.

Earlier this month, the BoI and Consob, the authority responsible for protecting investors, put cryptocurrency and blockchain technology in the spotlight. The two presented a document titled “Initial offers and crypto-activity exchanges” which was focusing at arranging a national debate on initial coin offerings (ICOs) and digital asset exchanges. The Bank of Italy further published a document titled “Economic and regulatory aspects of the crypto-activity” that deeply analyzes the economic profiles of crypto and also tackles on the regulation of the crypto exchange platforms, wallet providers, initial coin offerings etc.

It is also remembered that the Bank of Italy called Bitcoin and other digital assets useless, risky, dangerous, speculative and inefficient, and the bank expressed its un-satisfaction with how these digital assets are being used.

According to the 2015 Europol report, Bitcoin is used as a means of payments of notorious criminal transactions by over 40% just within the European Union. Furthermore, in February last year, an Australian research group discovered that almost ¼ of crypto advocates participate in illegal operations noting that over $72 billion of malevolent activity annually involves cryptocurrencies especially Bitcoin.

However, the potential of blockchain, internet of things, artificial intelligence and cryptocurrency in Italy is unmatched and continue to grow significantly. The nascent technology is going to change the global position of the country. Now the government is trying to do everything possible to level the ground for these innovative technologies to operate in a conducive environment.