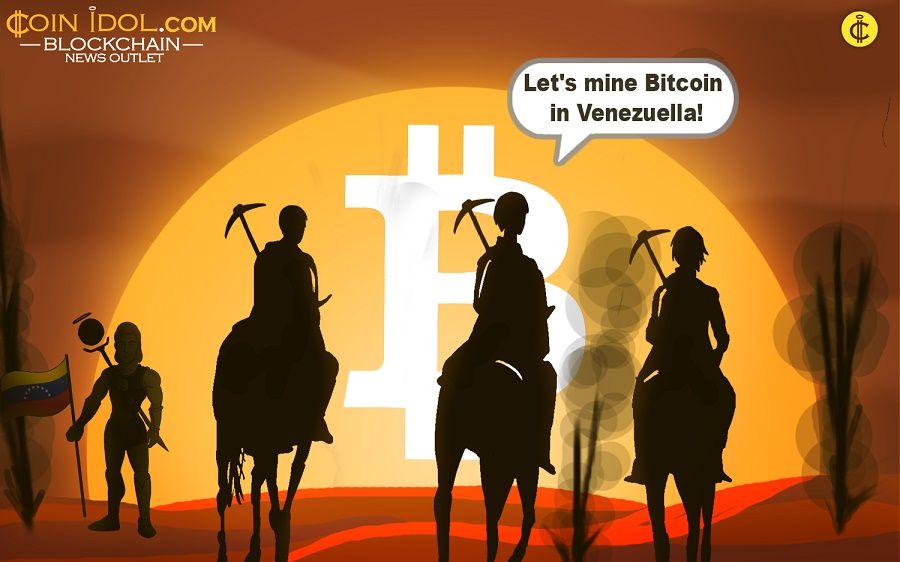 Venezuela, one of South America’s biggest oil-producing nations, is an economically depressed nation characterized by high rates of unemployment, food rationing and massive migration to other countries, including Europe. Despite all this, the socialist government is offering almost free electricity to people which aids Bitcoin mining activities.

“They pay the cheapest electricity bill on the planet. We know a mining farm operator who has close to 1 petahash  of power and his electricity bill is close to $20 per month. The average electric bill for 320kw consumption is close to 6 cents. This means that  a person mining bitcoins with old equipment at home makes more money than an engineer working 160 hours a month”, - says Rodrigo Souza, core developer at Blinktrade, an exchange in Venezuela.

In trying to offset the economic depression that has stricken Venezuela, many people have moved out of the country to try and find a better living elsewhere, but some people saw the benefits of bitcoin mining and turned instead to mining in order to make a decent living.

Coinidol.com talked to Robert Gilbert, an  investment specialist at Action Command. , and this is what he had to say:

“Bitcoin mining is very competitive, buy new mining gear and it is already 6 months outdated. The ant miner s-9 is so far the best achievable miner. Some people say it has been years since a profit was made. In bitcoin mining due to vendors releasing new gear to the big rig farms 12-18 months before the public.  you may be able to make a profit for up to 6 months before your ROI is over 50% down."

If mining operations are very expensive, what is there for Venezuelans now?

Coinidol.com also talked  to Bas Wisselink co-founder and co-owner at Blockchain workspace and a board member at NXT foundation A blockchain education platform and he emphasized that cloud mining in mining pools might just be the thing Venezuelans who believe mining can help them need, he stated that:

“That is difficult to ascertain but just like any market that already has very large players in it already, it will need a significant investment and probably a new or different business model to succeed. That would be logical.”

Does the solution to this crisis lie with Bitcoin alone?

Many times, people try to find quick solutions to the most pressing issues affecting them. Some people go on a gambling spree hoping it can solve their problem and most times it turns out negative.

Coinidol.com investigates in this article how a personal economic problem can be offset in the 21st century. Obviously, the best answer to an economic problem lies in finding an employment where money can be earned.

Coinidol.com talked to Grant Karstel, CEO and founder at Cryptochange, a south African based cryptocurrency exchange platform, he responded saying,

To date, Venezuela is still in a crisis and day by day a lot of Venezuelans are moving out to other nations in the hopes of finding employment and helping their relatives back home.