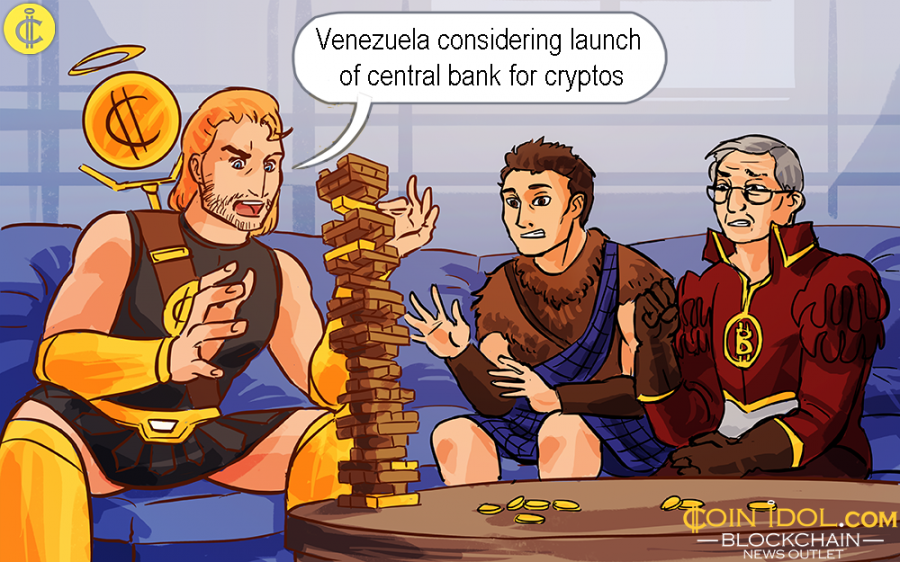 Venezuela, a country in South America, is supposedly considering the launch of a central bank for cryptos, with the country's National Constituent Assembly working to amend the national constitution to include it, together with a court above its Supreme Court.

Information on this development was revealed by Hermann Escarrá, which Reuters describes as "one of the most influential members of the assembly that prepares the changes to the 1999 Constitution."

A draft of the reforms to Venezuelan Constitution is ready to be fully presented in 34 days to the Board of the Constituent Assembly. Most of what will be amended is still obscure as senior government officials have only just collectively addressed the move. Hermann noted, still, a central bank for cryptocurrencies is underway.

Hermann was quoted saying that:

The reforms will supposedly include the Petro, a contentious oil-backed crypto Venezuela launched earlier in 2018, and an "e-court of constitutional guarantees" on top of Venezuela's Supreme Court.

After the launch of Petrol, president Nicolas Maduro ordered many state-owned firms to deem it fit, and has noted that the nation "may" charge for exports in it. The country prudently tried to provide India crude oil at a discount of 30% after paying in Petros, unfortunately, India rejected this discount.

“We cannot have any trade in cryptocurrency as it is banned by the Reserve Bank of India. We will see which medium we can use for trade,” an Indian official said.

The crypto is considered one of the ways the country will take to draw in major foreign investments and circumvent international sanctions. Century-old think tank Brookings Institute claimed it saps lawful Cryptos, and the U.S president, Donald Trump prohibited U.S citizens from the Crypto, a move the country of Venezuela pimped was "free publicity."

According to Escarrá, reforms to the Constitution will also see Venezuelan firms have a huge access to major foreign investment, particularly in the oil and gas sector. He said that "there will be an opening, provided that the State has the majority."

Venezuela has been handling with an iron-arm, the ever-soaring inflation rate, which as per Bloomberg's Café Con Leche Index is currently seeing a cup of coffee cost 2 million Bolivars, up from 2,300 in past one year. The Venezuelan government moves are assumed to be being made to impede its inflation problem.