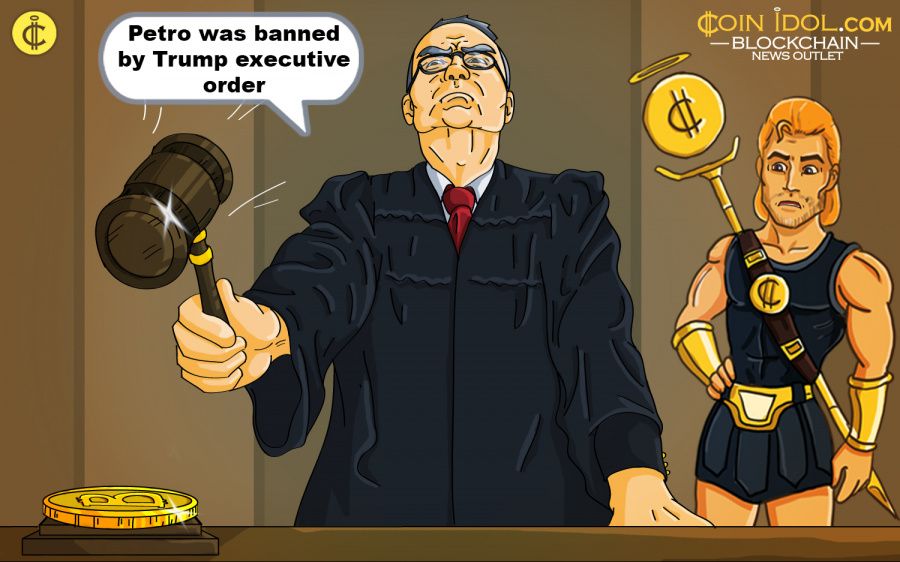 On Monday, March 20, the White House released a new cryptocurrency trading ban, signed by the President of the United States, Donald Trump, on the Venezuelan state-issued digital currency, the Petro. The document includes a list of sanctions against Venezuela that are presently active.

"All transactions related to, provision of financing for, and other dealings in, by a United States person or within the United States, any digital currency, digital coin, or digital token, that was issued by, for, or on behalf of the Government of Venezuela on or after 9 January 2018, are prohibited as of the effective date of this order," the executive order says.

Financial technologies, such as cryptocurrency, have been added to the list of sanctions, put in place by U.S. authorities in order to prevent corruption and drug traffic from Venezuela. The official document refers in particular to the Petro, a government-supported virtual coin announced in December 2017.

Nicolas Maduro, the President of Venezuela, launched the Petro cryptocurrency, expecting it to help conquer the existing economic crisis, accompanied by recession and inflation. Furthermore, the country’s debt has reached the alleged mark of $140 billion.

It’s interesting to note, that the government opposition initially argued against the new coin, claiming it was illegal. However, Mr Maduro stated the oil-backed cryptocurrency would be a perfect tool for outfoxing sanctions and earning precious money flow back into the country.

Trump explained his decisive action saying that the update has occurred due to "recent actions taken by the Maduro regime to attempt to circumvent US sanctions by issuing a digital currency in a process that Venezuela's democratically elected National Assembly has denounced as unlawful."

Taking into account the fact that potential investors can purchase the digital coin only with the US dollar or the euro, which defines the virtual coin orientation on foreign investments, such a ban will be an essential strike to the incentive. Nevertheless, the US executive order is anything but a surprise, given the Petro token was created as a way to circumvent American sanctions.