Government-Backed Cryptocurrency in Venezuela: An Innovation or a Fake? 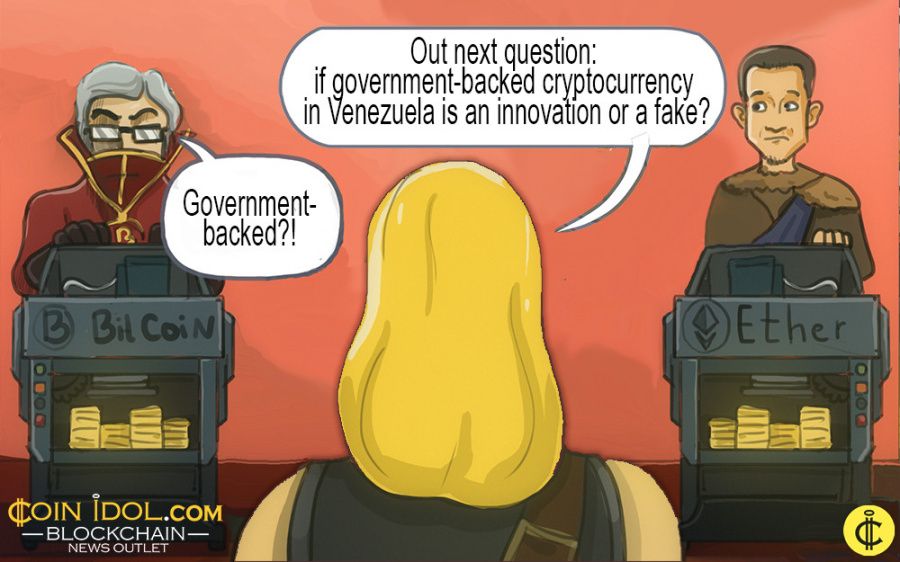 Venezuela plans on issuing a government-backed cryptocurrency called “petro”. The currency will be the first digital money actually backed by resources such as gold, oil, gas or diamonds.

The idea seems quite interesting and new, however, the community is mostly sceptical towards it. First of all, because the very existence of a government-backed cryptocurrency is contradictory to the idea of digital money - a free, decentralized and uncontrolled system.

“Petro” would probably have its right to life as a resource-backed blockchain-based security if the country actually had the capability to issue it. But the truth is that Venezuela has too many economic issues and a lack of resources to bring this project to life successfully.

According to Steve H. Hanke, Professor of Applied Economic Research at the Johns Hopkins University (JHU) in Baltimore, USA, “Venezuela has no gold at all and no diamonds. They have a lot of oil reserves, but oil production is declining.”

Just for a notice: the country and its state-owned oil company PDVSA defaulted on their U.S. dollar debt in November 2017. That doesn’t seem like favourable conditions for issuing another state currency, especially considering that their national currency, the bolivar, is deeply… inflated. Professor Hanke calculated that the Venezuelan bolivar lost about 97% of its value in 2017.