Uganda Puts Blockchain on Another Level in Africa 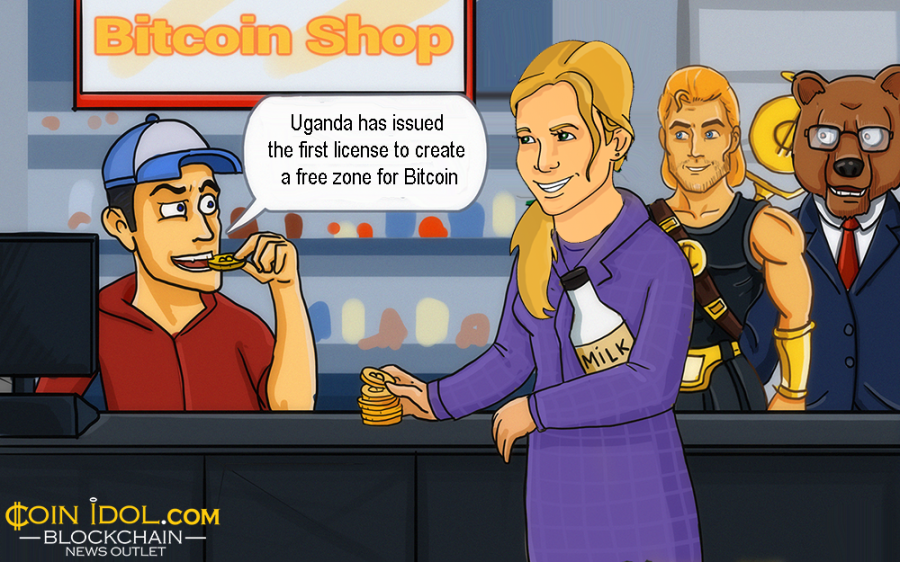 In an effort to become a strong cryptocurrency and distributed ledger technology hub in Africa, Uganda has issued the first license to create a free zone for Bitcoin, blockchain and other developing technologies. The Uganda Free Zones Authority (UFZA)issued a license to designers and developers to launch a free zone focusing mainly on DLT innovations.

If a proper regulatory framework is formulated, the free zone project will create a favorable environment to allow digital novelties flourish and this will massively invite and hold multinational firms participating in the digital market arena.

When completely functional, the free zone is going to be beneficial to citizens by creating for them decent jobs, boosting the  digital technology ecosystem in the region, and increasing investment such as Foreign Direct Investment (FDI). The government through different authorities including Uganda Communications Commission (UCC) and ministry of information technology (ICT), has been advocating for innovations saying that they are a big foundation for national growth and development as it is in the country’s 2040 vision of becoming a middle income country.

So far, Uganda is the first nation on the African soil to issue such supportive license. The move will make the Pear of Africa, a phrase attributed to Winston Churchill who used it to describe Uganda's flora and fauna, a continental giant in cryptocurrency, blockchain and the Fourth Industrial Revolution (4IR) technologies. The legislators are now calling for a clear policy leadership especially in ICT as well as 4IR tools so as the citizens can benefit significantly from the highly rated welfares of Bitcoin, blockchain and DLT.

The startup that has obtained the license is called Blockchain Technologies Ltd. Their project will bring in massive incentives which will automatically attract FDI and further offer the fresh innovators and young entrepreneurs to develop interest and investment in their groundbreaking concepts and products.

This project will more likely succeed because of the good, supportive and informed leadership in the country thanks to President Yoweri Kaguta Museveni, a known cryptocurrency and blockchain advocate.

In July, 2018, president Museveni embraced the use of blockchain technology in the continent, saying that the technology will help to boost the economic stance of Africa. The government also wants to use this disruptive technology to combat the sale and distribution of counterfeit pharmaceutical drugs in the EAC and other sub-Saharan countries, as we reported back in July.