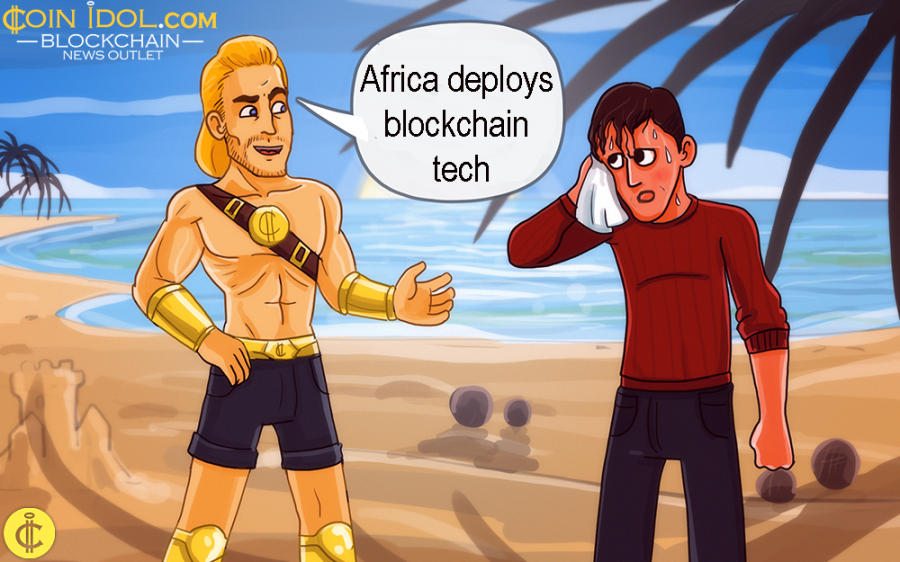 The president of Tanzania, East Africa, John Pombe Magufuli is one of the world leaders trying to fight corruption from all government institutions. He made a surprise visit to the Ministry of Finance the first day he was sworn in as the president, that brought confidence in public towards the war against ‘cancer’ corruption.

The Tanzanian government is optimistic that blockchain will uproot corruption starting with sorting out the problem of ghost workers from all public sectors. The ghost workers take out around $195.4 million in form of salaries. Tanzania is not in a fight alone, other countries such as Uganda, South Africa, Ethiopia, Nigeria, Ghana and other African nations are resorting to blockchain technology to fight financial crimes.

On May 23, 2018, President Yoweri Kaguta Museveni of Uganda embraced the use of DLT in an effort to boost the country’s economy and the East African community at large, as Coinidol reported.

"These Blockchain members are people who trust one another and they are like universal SACCOS. The members have access to ledgers because we are aware of how businessmen are inflicted by business secrets," Yoweri revealed.

In June, the Kenyan government declared that it was planning to use blockchain technology in supervising the construction of 500,000 homes for the needy citizens by the year 2022.

The Reserve Bank of South Africa is testing an Ethereum (ETH)-based blockchain for bank-to-bank transactions.

In July 2018, the customs service in Nigeria also started using distributed ledger technology (DLT), optimistic that it will boost revenues by 50% after corruption is lowered.

In Ghana, Bitland – a local DLT startup, is helping landowners who have unregistered title deeds to create trackable land records. In July 2018, the government of Ghana also partnered with IBM to create DLT capabilities such that it can be use3d in land administration. The MoU was later penned to legalise the agreement, according to Coinidol report. The General Manager, IBM Middle East and Africa, Takreem El-Tohamy revealed that:

“We are doing this with a group of Ghanaian business partners, ensuring the transfer of know-how and technology.”

In May 2018, IOHK – a Hong Kong-based DLT research company collaborated with the government of Ethiopia to oversee the supply chain of coffee such that farmers can benefit a lot.

“Blockchain creates an immutable trail of information, allowing for the full traceability of every transaction.”

However, Jason Eisen, founder and CEO of Utu, a Kenya (Nairobi)-based DLT startup.

“What’s truly exciting is that Africa is building whole new stacks of technology, infrastructure and decentralized applications that fit the continent’s particular needs.”