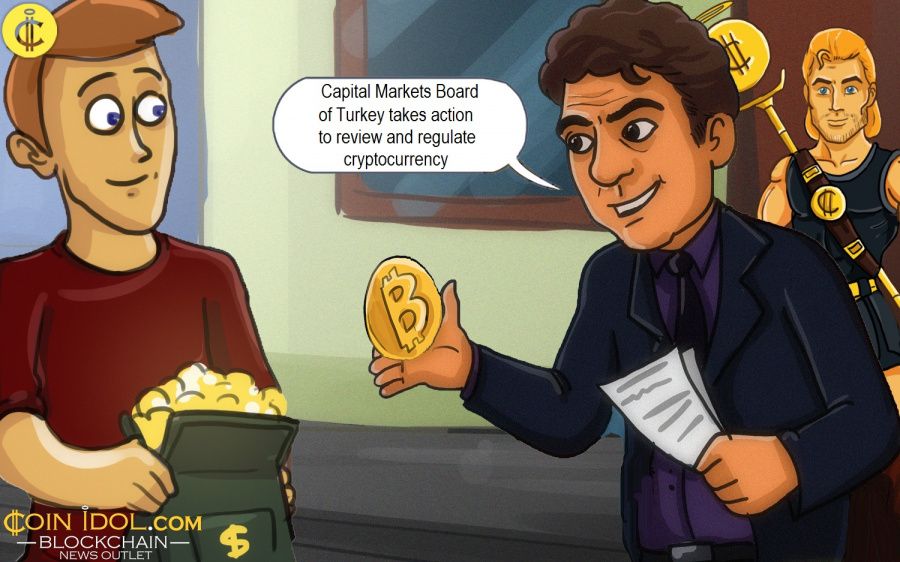 The lack of clear investor rights in Bitcoin (BTC) and other blockchain-based cryptocurrencies and the absence of aboveboard regulations to protect rights are concerning public authorities, and upon request, the Capital Markets Board of Turkey has taken action to review and regulate digital currencies and intermediaries.

It has been revealed that the Capital Markets Board (CMB) is taking action for surveillance, control and regulation against cryptocurrencies, including Bitcoin and it is projected that Turks are in the first place in the entire cryptocurrency markets.

Capital Markets against cryptocurrency is estimated that approximately 1 million investors in Turkey Board (CMB) close supervision, are mobilizing to supervision and regulation. In 2017, Turkish investors also embraced the financial assets that were on the world’s agenda with the rapid increase in cryptocurrency values, especially Bitcoin.

With about 1 million people being investors in this lucrative field, it is estimated that Turks are in first place in terms of interest across the entire global digital currency markets. But any legal framework and regulation in Turkey regarding the presence of cryptocurrency don’t exist. This brings with it the risk that venture capitalists will experience significant grievances.

As per the information obtained from the government authorities conveyed their issues about this issue and requested the CMB to carry out proper administration and regulation. Upon request from the public authorities, it was also known that the CMB welcomed the year in full swing, as far as the regulation of cryptocurrencies are concerned.

Information from sources familiar with the matter will be among the key themes of the Istanbul Finance Center (IFC), which offers innovative prospects in the capital markets and payments system, like a blockchain-based, internet of things (IoT) and artificial intelligence (AI). Nevertheless, BTC and other digital currency units in the absence of clear and clear investor rights and the authority to protect investor rights, the absence of legitimate regulation.

The most important reason for this was that these assets could at one point in time be applied for devious purposes and they also never had any fundamental value. And since the risks have multiplied, it was important to conduct a deep examination and regulation of cryptocurrencies and intermediaries with the intention of preventing this and to combat likely grievances. He added that public authorities are concerned because of the sudden regulation by systemic countries and markets authorities, and their ability to be banned, which may be completely worthless.

Regulation of Cryptocurrencies Underway in Other Countries

There are also countries that have tightened controls on cryptocurrencies while regulatory efforts are in progress. One of them is China. China has increased controls since 2017. Japan, on the other hand, continues to move towards its goal of becoming the largest cryptocurrency center in Asia. In 2017, the Japanese Financial Services Department, which recognized Bitcoin as a legal payment system, also decided to recognize cryptocurrency exchanges that meet its standards.

Turkey also continues to approximately 1 million in investor money thought to be crypto industry grow rapidly. Turkey is an important market in the world ranking list in terms of being crypto interest as such. But no legal infrastructure and regulations in Turkey on the issue for the moment. Not surprisingly, public authorities expressed their concerns about crypto currency in Turkey wanted to do CMB's regulation and supervision.

Upon these reasons, the CMB was informed that the audits for both the crypto currencies and the intermediary institutions would begin. This is the current scenario in the country, but other nations like the above mentioned ones have taken important steps with regard to cryptocurrency laws. If Turkey continues on this trajectory, it will register a significant progress in the coming days.