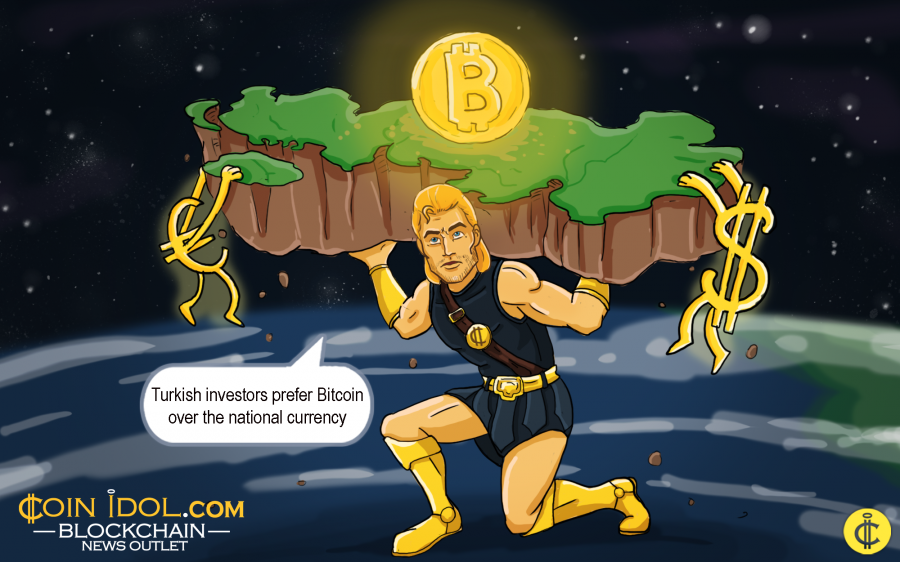 Even though the cryptocurrency market is a highly volatile field, Turkish investors prefer Bitcoin over the national currency, the lira. In autumn, trading volumes in Turkey alone rose by 37%, proving that Bitcoin’s popularity was not affected by the bear crypto market trend.

Having peaked at over 25%, inflation in Turkey unexpectedly fell in November 2018. The monetary inflation is considered to be facilitated by the implementation of retaliatory tariffs, which the United States of America announced on August 10. The tariffs against Turkish steel and aluminum imports saw the lira lose nearly a fifth of its value. Despite the mild correction, inflation is still a major issue for the country to tackle with.

According to analysts at Goldman Sachs, the annual rate of consumer price inflation will hit 27% in the first quarter of 2019. However, it is likely to fall to around 15% by the end of the year.

Trust in financial institutions is as low as possible right now in Turkey, Vedat Akgiray, a professor of finance at Bogazici University in Istanbul, claims. That is the reason why many citizens had to find another method for storing their funds, for example, a decentralized currency. Young Turkish people and technology-friendly citizens decided to trust their money in digital currency investments, including Bitcoin and Ethereum.

Twentify, a local research firm, conducted a poll in August 2018, in the middle of the lira crisis. The research aimed to show how popular the crypto was in Turkey. As the results of the poll demonstrated, 20% of surveyed have purchased and sold Bitcoin. It’s interesting to notice, that the virtual coin remained popular, having suffered a 10% drop in the same month.

Such a great interest in the crypto was also pointed out by the co-owner of Bitcoin.org, who posted on Twitter his observations related to an increased number of visitors from Istanbul. 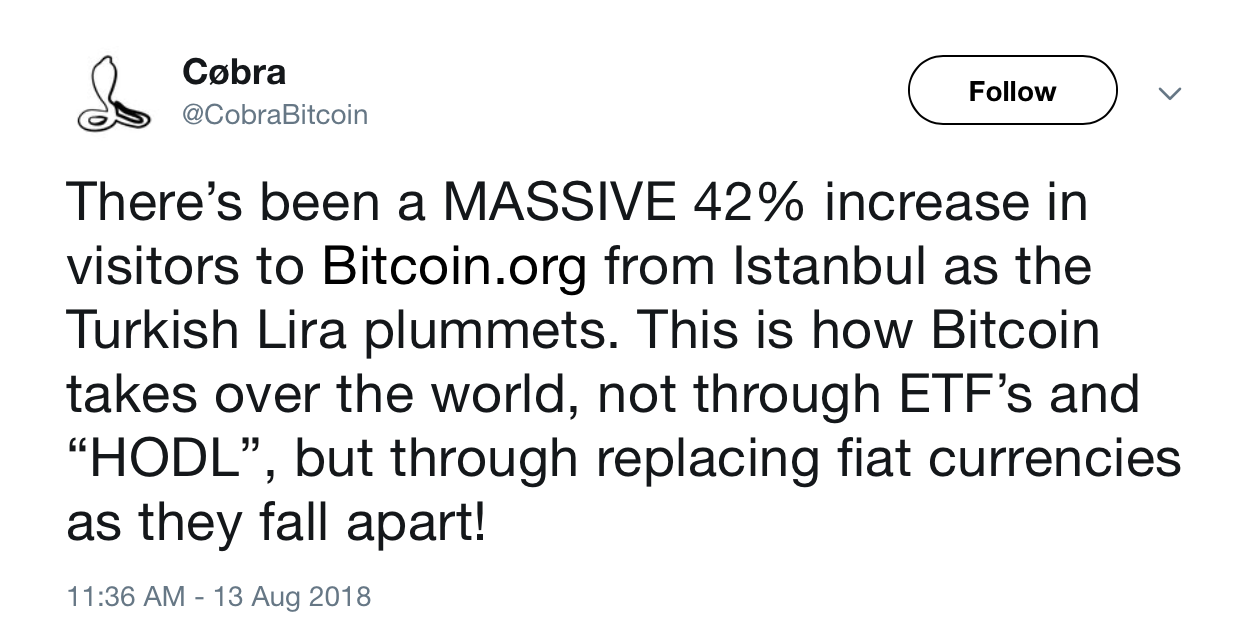