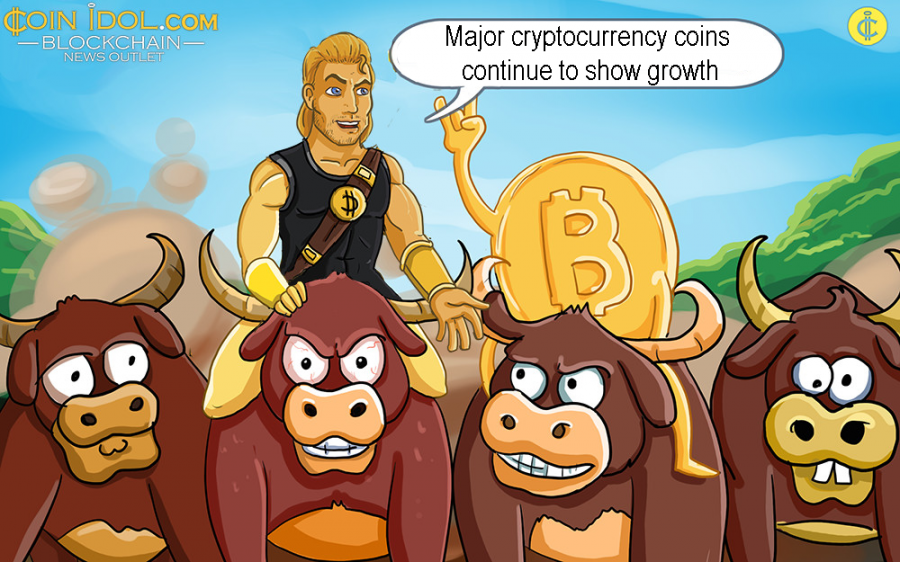 It seems bulls can throw a long-lasting party, as major cryptocurrency coins continue to show growth. The rally leader as of press time is Ethereum with its spectacular 14% increase. 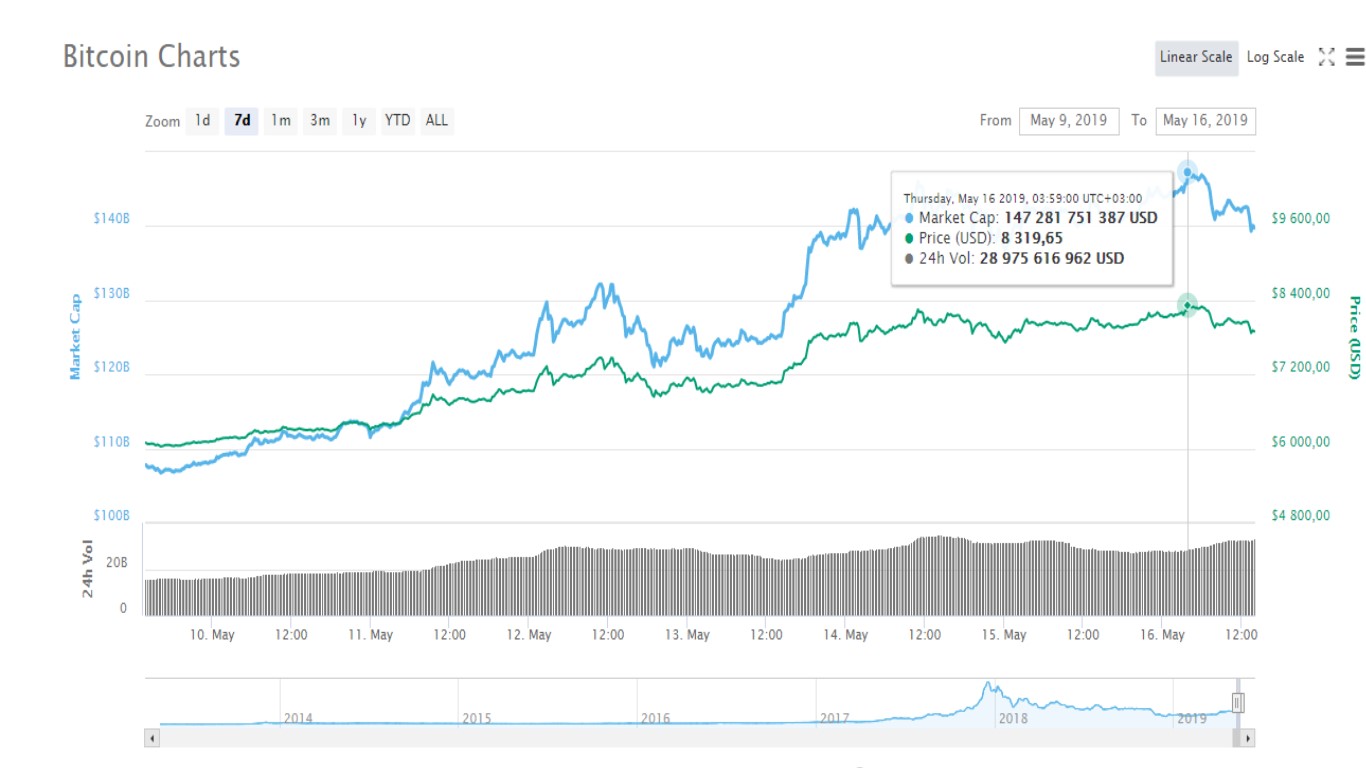 Bitcoin has shown a significant increase over the last week, having started its rally from around $6,000. Most experts tend to think it was caused by China, where people tend to seek alternative assets to exchange for yuans, as their national currency is falling in price due to the country’s trade war with USA.

The stall might be caused by the news that the US Securities and Exchange Commission (SEC) delayed another bitcoin exchange-traded fund (ETF) approval. Again. The proposal was submitted by Bitwise back in January 2019. The ETFs were to be launched and traded on NYSE Arca exchange.

Nevertheless, community players are not giving up. Thus, Crescent Crypto Index Services LLC submitted another bitcoin ETF proposal to SEC on May 9. All in all, it is hard to even imagine how BTC price could skyrocket when the first ETF proposal is eventually approved.

Ethereum started its spectacular run from $171 to $272 and then retreated to the present level of $248, according to CoinMarketCap. 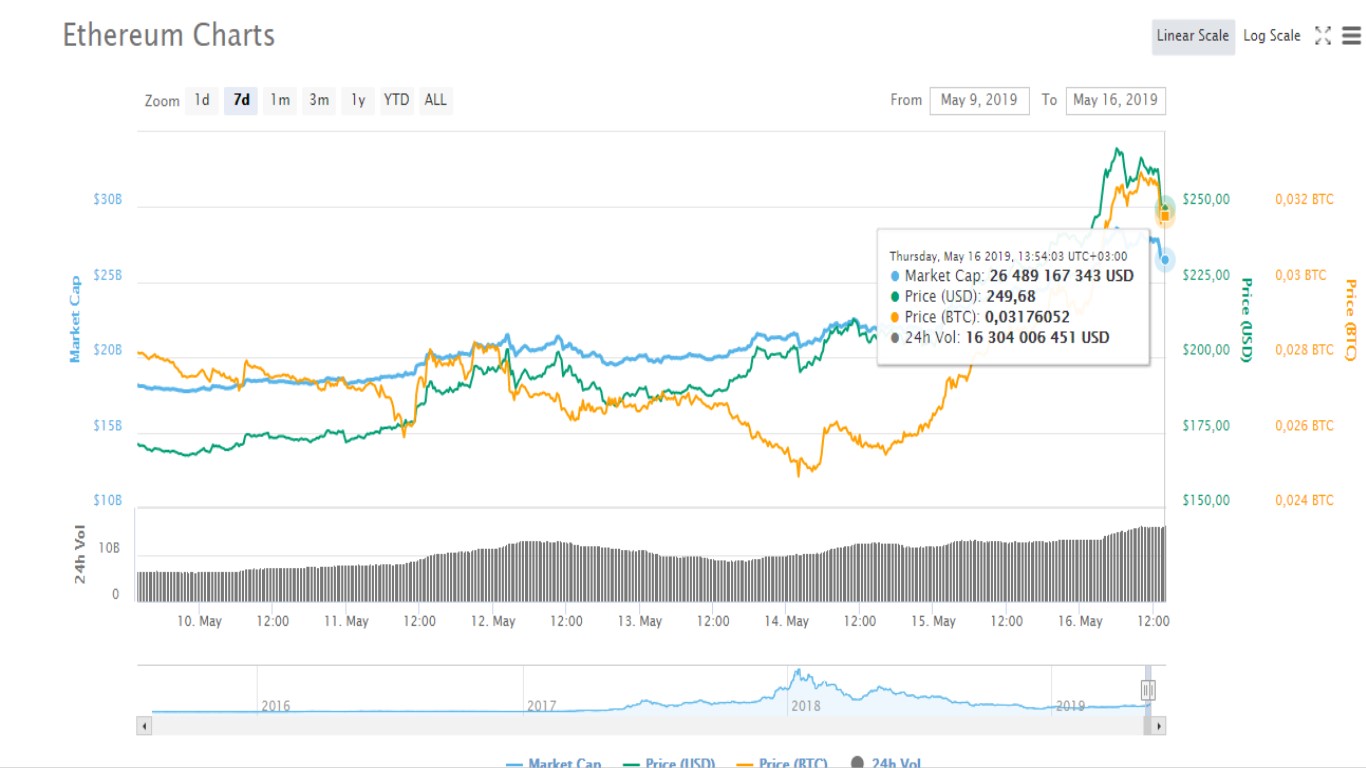 Great interest in Ether was generated by the news about the United States Commodity Futures Commission being set to approve ETH futures in the near future. This caused investors turning to this altcoin, which, consequently, pushed its price higher. However, there are some signs this rally might stall as investors might switch to Bitcoin hoping for another round of its rally.

Then again, if ETH futures are actually approved, we might see another round of Ethereum rally with significant price gains. As of now, it is difficult to predict, how high the price can go.

XRP Listed on One of Germany’s Largest Exchanges 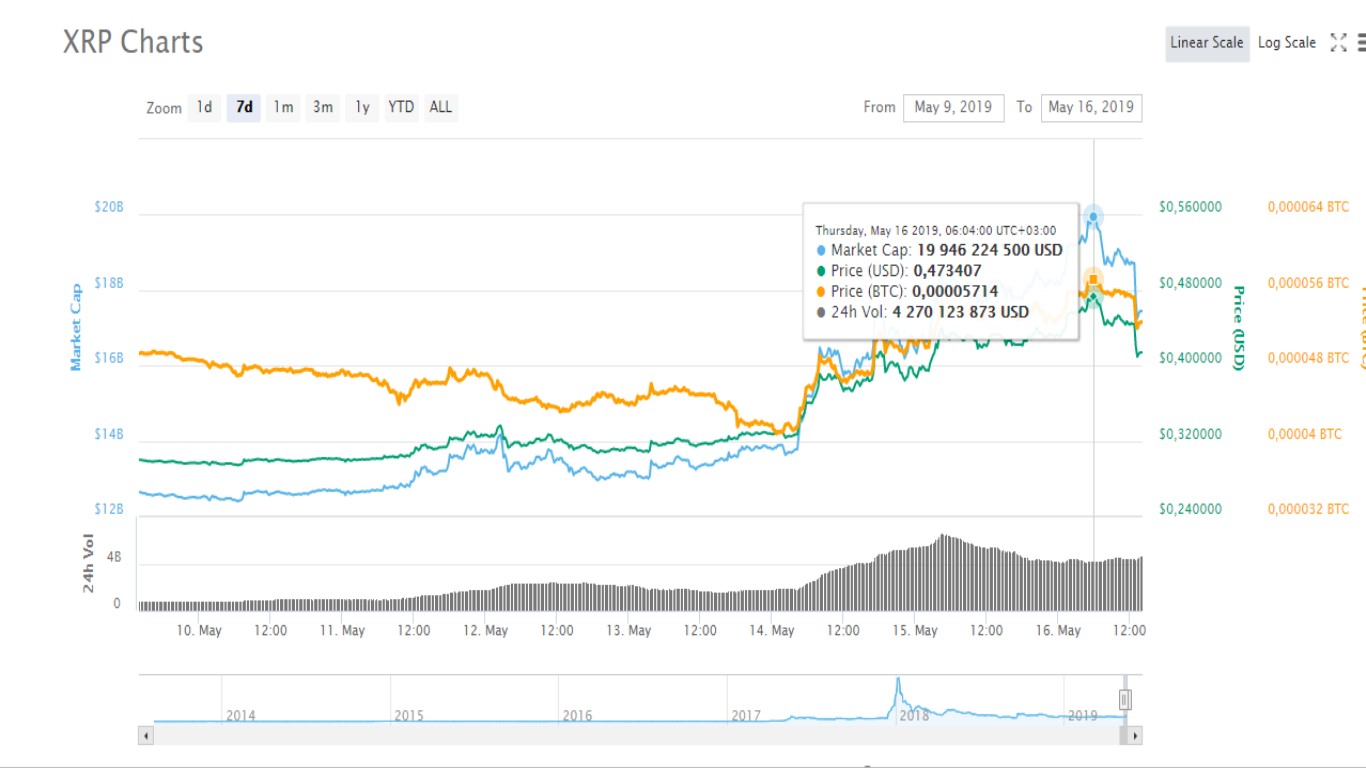 This positive movement was mainly caused by Germany’s 2nd Largest Stock Exchange Börse Stuttgart listing XRP and LTC exchange-traded notes (ETNs). It is actually the first time German investors can buy and sell ETNs based on cryptocurrency. Börse Stuttgart listed four securities issued by XBT Provider in Sweden, which are linked to Ripple and Litecoin prices.

The news has also caused litecoin price soar to $100, according to CoinMarketCap.

Another good news responsible for Ripple growth is the announcement from Coinbase Twitter made on Monday. It says that from now on New York residents will be able to convert, buy, sell, send, receive, or store XRP on Coinbase.com  or using the exchange iOS and Android apps.

XRP (XRP) is now available to Coinbase users who are New York residents. New Yorkers can now log in to buy, sell, convert, send, receive, or store XRP on https://t.co/bCG11KMQ6s or using our iOS and Android apps.https://t.co/5VE1WklrWo pic.twitter.com/Zp5odgaoHs
— Coinbase (@coinbase) 13 May 2019

What Shall the New Day Bring Us?

Investors and cryptocurrency players really want to believe the bulls are finally winning, and the price increase is long-term. Earlier this year, experts expressed opinions that Bitcoin will start another bull run in August 2019. Well, it seems the flagship crypto has exceeded their expectations by starting growth almost three months ahead of the predictions.

Some of the experts remain optimistic. Some crypto analysts anticipate BTC will hit $10,000 level before the end of May. An american broadcaster Max Keiser is among them. He stated that there are more than enough signs of bitcoin future growth as the world’s giants like Bakkt and Fidelity exploring it. He told in an interview to Kitco News:

“With the Fed being “irresponsible”, investors are going to look for a store of value, and while gold is unreliable due to manipulation, the best option is bitcoin.”

However, some experts remain sceptic as it always happens when the price spikes that rapidly. There are speculations warning against possible upcoming drof up to 80%. A crypto enthusiast Throwaway supported this opinion in his Twitter. A stated his case with the fact that three previous rallies alike ended up with major corrections.

This is only the 4th time in $BTC history in which weekly RSI, MFI, and NVT have all been simultaneously overextended.

Be that as it may, it is difficult to make any firm conclusions as of now, since bitcoin has proven its price does not always depend on good or bad news. For it went higher despite the bearish news about Binance hack. As of now, we see a slight decrease in prices, with bitcoin and ripple falling into the red zone. Who knows if it is not going to drop despite the environment is bullish?