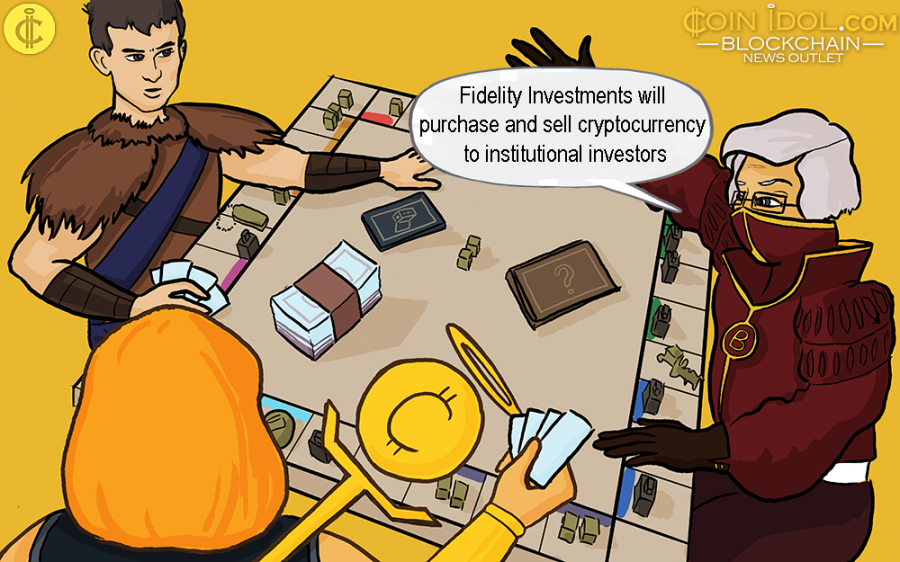 A few weeks from now, the giant financial service provider Fidelity Investments will purchase and sell cryptocurrency to institutional investors, Bloomberg reports. The giant spends more than $2.5 billion annually on innovative technologies such as blockchain, crypto, artificial intelligence, etc. Bitcoin (BTC) is up over 55% in 2019.

In anticipation that the bear market for Bitcoin and other cryptocurrencies will turn around in the future, the company took a step forward to create its own digital currency platform dubbed Fidelity Digital Assets last year in October.

It is not the first time the giant shows support for cryptocurrency. Earlier this year (March), they launched a bitcoin custody service. The new financial company commenced a service to safely keep Bitcoin (the world’s leading cryptocurrency) for its users.

It allows users to trade (deal, purchase and sell) cryptocurrencies. The company has more than $7 trillion assets which are currently under management.

According to the research conducted by Fidelity early in May, 2019, around 48% of institutional investors believe that cryptocurrencies such as Bitcoin, Ethereum, Ripple, EOS, Litecoin, Binance Coin and many more, are worth capitalizing, participating and investing in.

Out of the 450 different institutions that participated in the interview conducted for study and research purposes for the company’s new platform, polling everybody from rich and well-off families to hedge funds to superannuation (pension), around 22% of the respondents were already holding a digital asset, and around 40% of the respondents are open to making a proper decision on whether or not to own a crypto, in the next half a decade.

Fidelity is strictly providing the digital currency trade to its institutional users, while its competitors such as Robinhood, E-Trade Financial Corp., TD Ameritrade are offering the digital asset trade to retail investors. Robinhood is also considering to roll out an initial public offering (IPO).