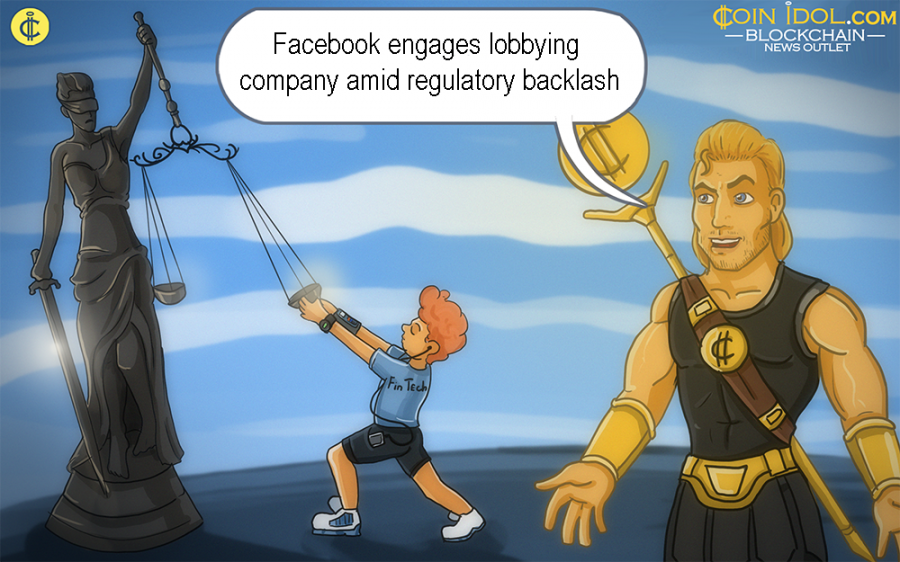 The topnotch multinational social networking service provider Facebook, has engaged a lobbying company based in the State of Washington, United States amid the augmented Congressional and regulatory backlash the American technology giant has seen because of its future Libra Cryptocurrency project that is expected to be launched in 2020 once it meets all the necessary regulatory approvals.

Back in June, Facebook came out to official disclose its intentions of joining the blockchain and cryptocurrency sector by creating its own private stablecoin dubbed Libra, something that could significantly bring the globe’s unbanked billions of money directly into the digital economy by enabling users to firmly trade or transfer money to other users through the Facebook blockchain network.

The entry of Facebook into this nascent lucrative business, has raised major trepidations among different legislators, financial regulators and governments. Last month, Congress drafted an important bill dubbed “Keep Big Technology Out of Finance Act,” that tries to bar big platform utilities from being a monetary company or running a cryptocurrency which is aimed at being deployed as an alternative medium of exchange, money, etc. as properly outlined by the Board of Governors of the Federal Reserve System.

Also, in July, 2019, the Federal Reserve chairman Jerome Powell, noted that Libra has raised a lot of thoughtful alarms on the subject of privacy, customer protection, money laundering and fiscal stability. President Donald Trump also reacted on the same issue. Trump further revealed that Facebook and other parties wanting to become a banking institution, must first get a new Banking Charter, so as to be subjected to the banking rules and regulations that governs all financial Banks in the world.