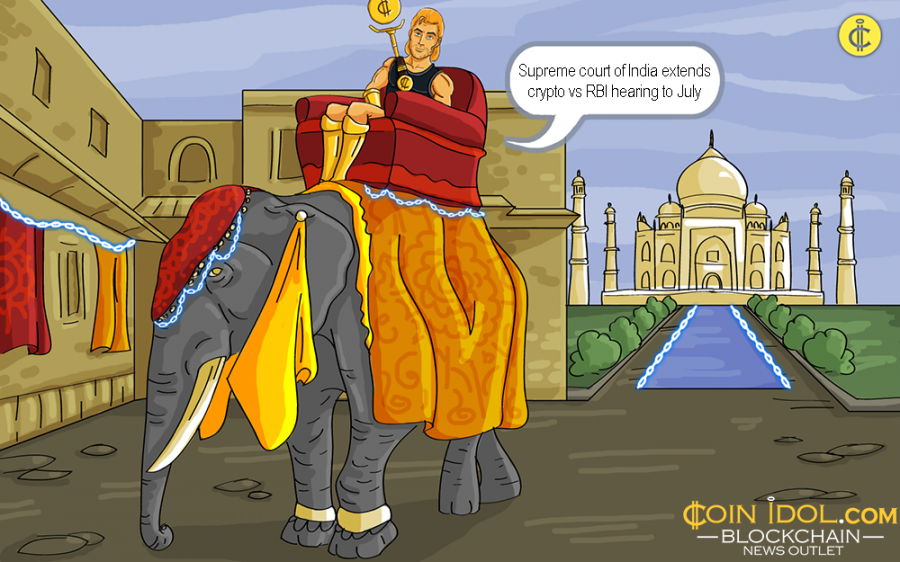 The Supreme Court of India, the country’s top judiciary body, has extended the cryptocurrency case hearing after receiving an official request from the government’s counsel. It was expected that the court could hear about the India’s crypto regulation on March 29 before continuing to address the banking ban by the country’s central bank. The case has now been deferred up to July.

Supreme Court has granted 4 weeks to Indian Government as the final opportunity to bring about a policy (Rules and Regulations) on Crypto currencies!

For details, please watch this video both in Hindi and English. https://t.co/R8E5wuGPHJ
— Crypto Kanoon (@cryptokanoon) February 25, 2019

The court had earlier given the government one month to produce a report on the regulatory framework for digital currency on February 25 during the last case hearing. However, a popular Indian platform for blockchain tech and cryptoasset regulatory news and analysis, Crypto Kanoon, posted a release via Twitter noting that:

Supreme Court has adjourned the #CryptoVsRBI matter on the request of Government's Counsel. Matter fixed for final arguments in 2nd week of July on a non-miscellaneous (Regular) day.
— Crypto Kanoon (@cryptokanoon) March 29, 2019

Currently, the interministerial committee lead by the Secretary of the Dept. of Economic Affairs, under India’s Ministry of Finance Subhash Chandra Garg is working on the country’s crypto regulation. The government informed the supreme court during the previous hearing that the committee had reached in its final steps of discussions. The real date of the next hearing will soon be revealed in a court order - yet to be produced.

Cryptocurrencies like bitcoins are neither currency nor coin. Not legal tender in India at all. Trade in these currencies has assumed the character of classical Ponzi schemes. Limited supply and uninformed demand make every new investor assume a higher risk. No underlying real value.
— Subhash Chandra Garg (@SecretaryDEA) December 30, 2017

The cryptocurrency community in the country continues to fight the Reserve Bank of India (RBI’s) ban on legal grounds using the Supreme Court. They are demanding a clear and more evident framework, hence no single Zebpays will leave India, and no more Harish BVs will be confined for setting up a mild bitcoin kiosk. Unfortunately, the legal proceedings are also experiencing numerous delays, hence shelving justice to prevail.

Actually, this was the fifth time the top judiciary body postponed the crypto vs RBI hearing. Once again, the government counsel arrived in the court empty handed – without a draft ready. It is not automatic that by July when the next hearing will take place, would register significant movements towards a sound cryptocurrency regulation.

The government has continued to show weakness and gaps in the way it does its things, the crypto community is wondering how a full committee can fail to produce a single draft within a long period of time. Some have even started thing that this is a deliberate action by the Indian government to completely ban the use of crypto in the country.

The government of India banned crypto because it thought that very soon traditional currency Rupee will lose value. However, the country is planning to create its own crypto for its citizens to use.

The Indian cryptocurrency industry will continue to suffer due to the inept bureaucracy and governance voids. To note, the July hearing coincides with the peak time of the election in the country. Let’s wait and see what will happen next.