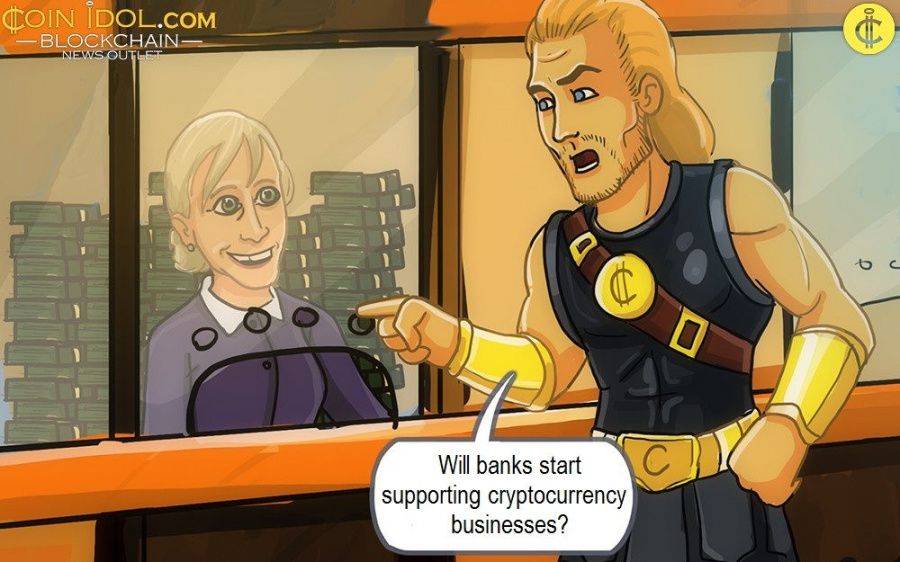 The existing interaction between banks and cryptocurrency companies is not the best so far, and there are little to no efforts being put in place to address this issue. Some central banks are giving orders to other financial institutions not to deal in cryptocurrencies including Bitcoin. Bans and warnings have been issued by banks to keep away from using or trading cryptocurrencies.

Nevertheless, some countries realize the potential of the crypto industry, prompting the banks to temper justice with mercy. Thus, the Office of the Comptroller of the Currency (OCC) advised the United States government to show support for blockchain and cryptocurrency business. The agency proposed a draft regulation aimed at providing fair access to banking services.

In 2018, the Reserve Bank of India (RBI) issued a warning informing citizens and banks not to depend on cryptocurrency since they still lack a proper regulatory framework in the country. CoinIdol, a world blockchain news outlet, reported that the RBI issued a circular forbidding banking institutions from providing monetary services to digital currency exchanges.

In 2017, the Central Bank of Uganda (BoU), issued a warning against the use of Bitcoin and other digital currencies, claiming that there is no protection available to users and venture capitalists. The BoU downcasted financial service providers in the country not to associate with the services of an entity dubbed One Coin Digital Money, claiming it is a scam.

Due to the criminal activities that are being done using cryptocurrencies, the government of Iran through its central bank banned banks from accepting, trading or dealing in BTC and other cryptoassets. Some of the illicit activities that worry the governments mostly include money laundering, terrorism funding, drug trading, etc.

On November 12, 2019, the Central Bank of Tanzania also announced its ban on cryptocurrencies. The Central Bank of Kenya (CBK) also warned the public to be aware of the risks of dealing in cryptocurrency. The CBK revealed that crypto isn’t a legal tender and not yet regulated in the country. People's Bank of China (PBOC) also prohibited the use of cryptocurrency claiming that they are too volatile and insecure, but the country is now designing its own central bank digital currency (CBDC).

The USA is known for its ambiguous stance on cryptocurrency. Despite the big number of crypto startups operating within the country, its financial watchdogs are quite cautious about it. Just to mention the Security and Exchange Commission and its campaign against Crypto ETFs citing security issues. On the other hand, considering the number of illegal projects the agency busts, their cautiousness is quite explicable.

Some US financial institutions also show scepticism about digital currency. Despite the spread of coronavirus that triggered the growth of interest in virtual money, the Goldman Sachs, which is one of the biggest US banks, stated that “cryptocurrencies are not an asset class”.

In fairness, it must be said that blockchain and cryptocurrency startups do not face more scrutiny than other businesses while dealing with banks. However, the new regulation being proposed by the OCC might become quite important for the business not only in the USA but also in other countries.

First of all, the proposed rules are going to play an important role to ensure cryptocurrency service providers have fair access to bank services. Banks will be providing services fairly to cryptocurrency businesses and companies, which will improve their overall experience.

Second, other countries tend to look up to what the USA does. That is why their efforts might prompt governments and financial institutions worldwide to review their stance on digital currencies. Who knows, maybe this step will be a benefit for further adoption of cryptocurrencies?