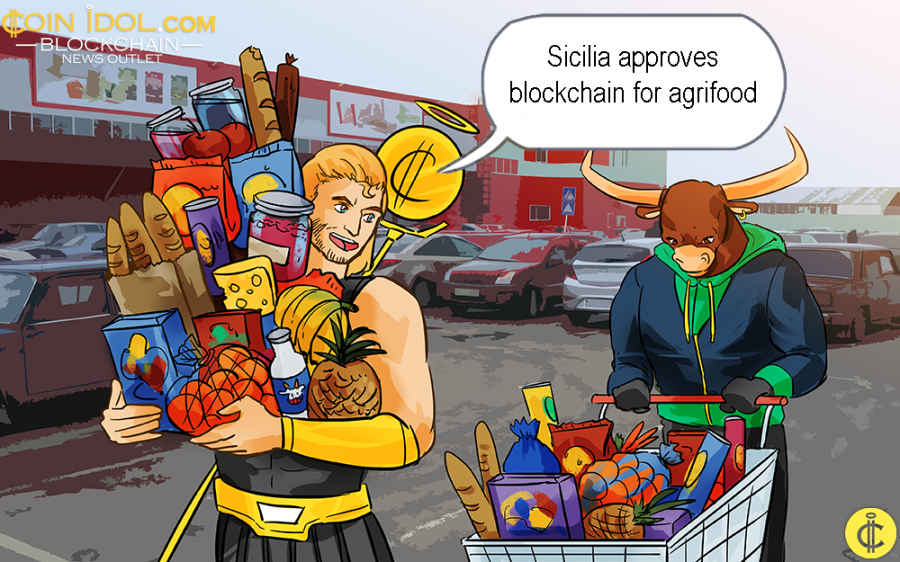 The traceability of food products through blockchain has become law in Sicily. The Sicilian Regional Assembly, an autonomous entity and a legislative body of Sicily established before the Italian Republic, approved the proposal on Sept. 25, inserted with an amendment to the linked to the financial contained in the text of the law to the art. 6, to achieve complete traceability of Sicilian food products using Blockchain technology.

This proposal is not new. It was presented last year, by the deputy Jose Marano of the 5 Star Movement ( M5S) and author of the approved amendment, an autonomous bill that after having been approved by the competent parliamentary commission, it had not arrived in the Chamber. With the amendment inserted in the financial budget, and proposed by Marano itself, Blockchain technology has now become a regional law.

The impact on the Sicilian Agrifood economy is significant and the scope of this norm will be measured only in the coming years, with positive repercussions also in the national sphere. Now the path to the implementation of the provisions of the law approved recently must be started, in particular the creation of a "multifunctional IT platform" that allows and promotes the creation, development of applications based on Blockchain technology to obtain and guarantee security, control , traceability and traceability of food products while allowing to increase the confidence of final consumers both in the work of the institutions and companies involved in the food chain and in the final product they buy.

With the law approved there is a legal instrument to allow consumers to know all about the Sicilian food products they buy and eat. But the objective of the rule does not stop there, in fact, another purpose of the rule is represented by the desire to protect the health of everyone, defending even the original products from those that are counterfeit, or whose origin is unknown or even contaminated.

The Blockchain technology is in fact a distributed electronic register that contains information shared in various nodes that can be accessible to all. All the information contained is validated by the network itself and updated and accessible to anyone with an interest, being able to do so in complete transparency and autonomy.

The model designed by the extender of the standard, requires that the consumer before purchasing can with his smartphone, verify and know all the product information: history, cultivation, transport, its possible processing and transformation, and the distribution chain until the sale.

The Sicilian companies will have the opportunity to better protect the originality of their product by certifying the true origin of the same and consumers will know the Sicilian red oranges, the Bronte pistachio or the Pachino tomatoes are really theirs and can be bought easily. Blockchain technology is also being used in baby’s food to improve its safety.

Certainty of the product and of what you eat. Now, prudently, the public must wait for the approval of the whole of the financial institution of the Sicily region to arrive, but the article 6 is now the law and that it will be issued within 30 days on Implementation decree.