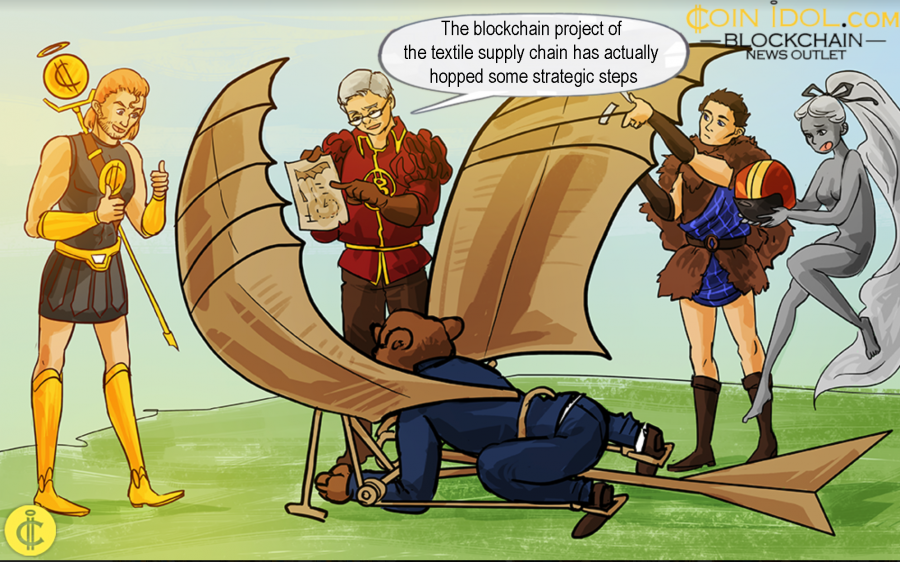 One of the most state-of-the-art projects established by Italian fashion remains held in the shoals of politics. The blockchain project of the textile supply chain, rolled out last winter by the Ministry for Economic Development (MiSE), to which Sistema Moda Italia (SMI) is also collaborating together with International Business Machines Corporation (IBM), an American IT company, chosen as its technological partner, has actually hopped some strategic steps. And now it remains tentatively on standby, the time variable being a central factor for the success of this technological standard.

Today, blockchain has become a big factor, and it seems this technology will have a decisive role: traceability, and with it the mapping of all textile-fashion productions, starting from yarn through to the final product.

The textile-fashion, in the intentions of the Lega- M5S Government, is going to represent the starting point of a wider project, which could then be extended to all sectors of Italian manufacturing.

On the other hand, following the hot summer that led to the Government crisis and the change of Executive, it is not yet clear what the future of this project will be, which, for the moment, has clogged at the presentation of the feasibility study. Among the industrialists, as among the Confindustria associations, the feeling that winds is that they are moving in the right track, but taking a lot of time.

Entering into the merits of the textile blockchain ministerial project, the process for a feasibility study, focusing on the whole supply chain, began in mid-April, and involved, in a first phase, some 30 giant Italian manufacturing firms.
However, the problem at this point is the timing. The feasibility study was concluded before the end of July, when a press conference was also scheduled to present the results, then canceled due to force majeure. The delays could be expensive, considering the fact that other blockchain and DLTs could arrive on the market soon, and maybe cut off other projects.

This is the case of LVMH, a French luxury goods conglomerate, with the Aura project, or of some hard luxury brands of the Richemont group, a Swiss luxury goods holding firm. The fear of Italian industrialists is that when these groups have their platforms, structured 'privately', if there is no similar and institutional tool at European level, they will have to adapt to their parameters. This is why the time factor is fundamental for Made in Italy initiative.

Tags
Blockchain Italy Industry Textile Politics Fashion
Most Popular
Feb 25, 2021 at 12:35
News
Bill Gates vs Elon Musk: How Whales Influence the Bitcoin Price
Feb 25, 2021 at 11:11
News
Ethereum Holds Crucial Support, Retests $1,700 Resistance
Feb 25, 2021 at 10:17
News
Ripple Shows Sign of Strength as It Attempts to Break the Resistance at $0.50
Feb 25, 2021 at 09:00
News
Why Credit Cards are a Terrible Online Casino Payment Method
Feb 24, 2021 at 15:53
News
The Land of Controversy: China Is Leading Cryptocurrency Market Despite the Hostility of Regulators
More