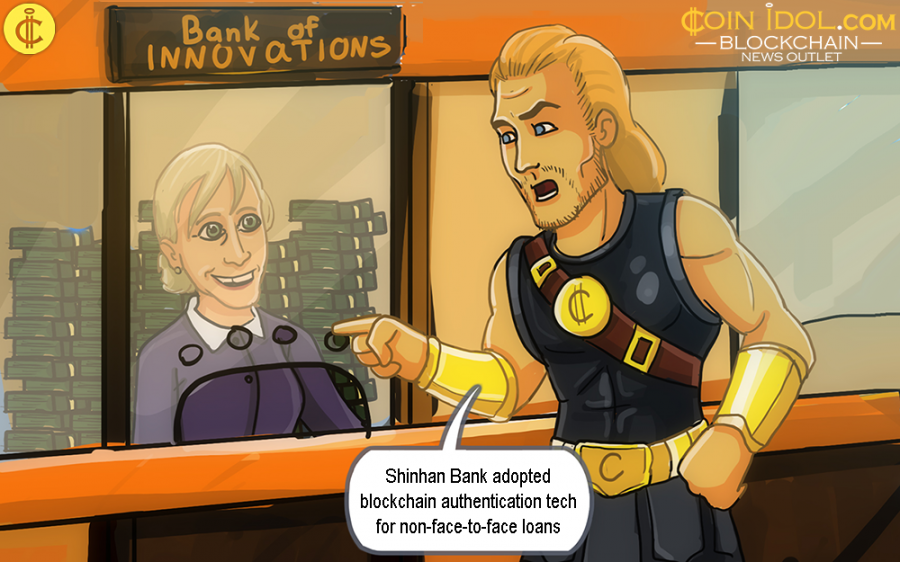 The oldest and second biggest banking institution, Shinhan Bank, headquartered in Seoul, South Korea, has adopted blockchain authentication technology for non-face-to-face loans in order to accelerate the loan approval process. The institution, owned by Shinhan Financial Group, announced that it has launched an effective system which validates the documents needed for non-facing loan business in the country by applying blockchain and distributed ledger technology.

The system aims at increasing cost and time efficiencies taking place during the lending exercise, so as to enable the customers to apply for any amount of loan they want via online and achieve their financial credits minus face-to-face (physical) interaction. And this is the first ever blockchain-powered project in Korea, used to manage financial loans.

The country recently revisited its digital currency and initial coin offerings (ICOs) policies, after getting alerts from the financial watchdogs that companies are circumventing ICO ban by taking their business outside Korea.

At large, a firm's certificate of employment or income documents needed for a credit loan can be achieved by scraping government departments or public company information, but scraping cannot be used for qualification or certification of documents owned by companies, organizations, or associations.

Previously, the client had to issue these basic documents straight to the financial institution, and the institution had to take a substantial amount of time proving the validity of the presented documents.

Now Shinhan Bank presents an effective system in which the allied organizations and banking institutions register and request a type of encoded one-time password (OTP) information via a blockchain tech system. The entitlement proof system has no limitations of the applicable product, and the introduction cost is economical.

Fintech to See Light Through Blockchain

One of the senior officials from the bank stressed that the launch of the blockchain tech qualification structure will significantly add to the initiation of non-face-to-face loans. The bank promises to intensify client convenience and further upturn accessibility by introducing different systems.

Even towards the end of last year, the commercial bank explored blockchain technology to lower human factor impact on its activity. It uses blockchain tech for Interest Rate swap transactions, generally Shinhan Bank is doing its best to elevate innovations in the fintech sector.

Similarly, a group of 4 major banks issued a distributed ledger technology and blockchain-driven loan agreement known as a “promissory note,” and the system managed to shorten the procedures required for issuance of the note by more than 50 percent.

However, Shinhan Bank is not the only monetary bank taking advantage of this nascent industry, other financial bulls such as Fidelity Investment Inc., Goldman Sachs, JPMorgan Chase ( JPM) and many others, are all trying to explore the hidden potential and benefits of cryptocurrency and blockchain technology.