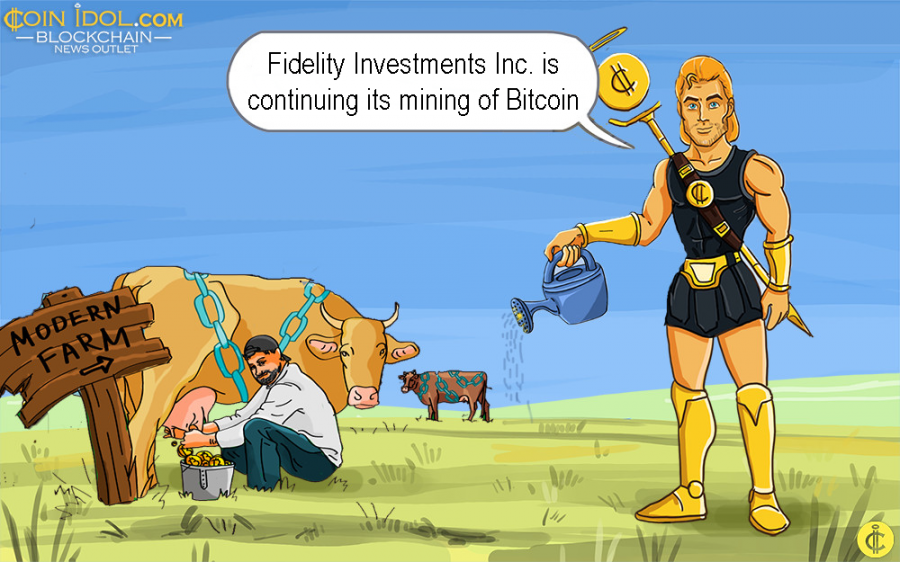 Fidelity Investments Inc., an American multinational asset and financial service provider based in Massachusetts, is continuing its mining of Bitcoin (BTC), the globe’s leading cryptocurrency, according to Bitcoin developer Justin Moon.

Through Twitter, Justin revealed that the company is continuing to mine crypto and that the institution has a chamber filled with dedicated BTC miners (ASICs) located at one of their offices in Texas.  This appears to be the first time investment giant has participated in exploring blockchain technology by mining Bitcoin publicly. This is actually cypherpunk AF! as Justin stressed.

BTW Fidelity has a room full of bitcoin miners at their office. Cypherpunk AF!
— Justin Moon (@_JustinMoon_) May 25, 2019

However, this is not actually the first time the financial services corporation was exposed as participating in crypto industry. It is obvious that the company gets deep into blockchain and cryptocurrency. Earlier this month, they presented cryptocurrency trading services, where it will be trading digital currency to institutional investors. In October 2018, the American financial service giant declared that it will develop its own cryptoasset known as “ Fidelity Digital Assets.” In February 2019, the company also rolled out and ventured a BTC custody service, to securely store BTC for all its over 20,000 esteemed institutional customers.

Basing on the report from Unconfirmed, it is claimed that Abigail Johnson CEO Fidelity started mining Bitcoin in her private office as early as 2015, according to Tom Jessop crypto chief at Fidelity. Furthermore, an R&D division of the corporation once experimented an inside BTC payments network.

US Companies Delving More into Blockchain & Crypto
The public participation of the company in the blockchain sector shows that the mainstream actors in the monetary sector and commercial world are developing interest and exploring more into cryptocurrency, blockchain and other majorinnovations. Also, the two giant retail brokerages TD Ameritrade and E*TRADE all from the United States of America (USA) are anticipated to roll out spot digital asset trading support for their vast customers, though the real date is not yet known. Another USA-based technology king, AT&T, is considering to accept Bitcoin as a means of payments via BitPay.

Fidelity’s rivals like Robinhood, etc., are also not sleeping. They are providing cryptoasset trading services to their retail investors. Robinhood is also considering pushing forward an initial public offering. The investment giant seems to be having a blockchain and digital currency culture which is a “bonkers” according to Ari Paul, a crypto maniac.