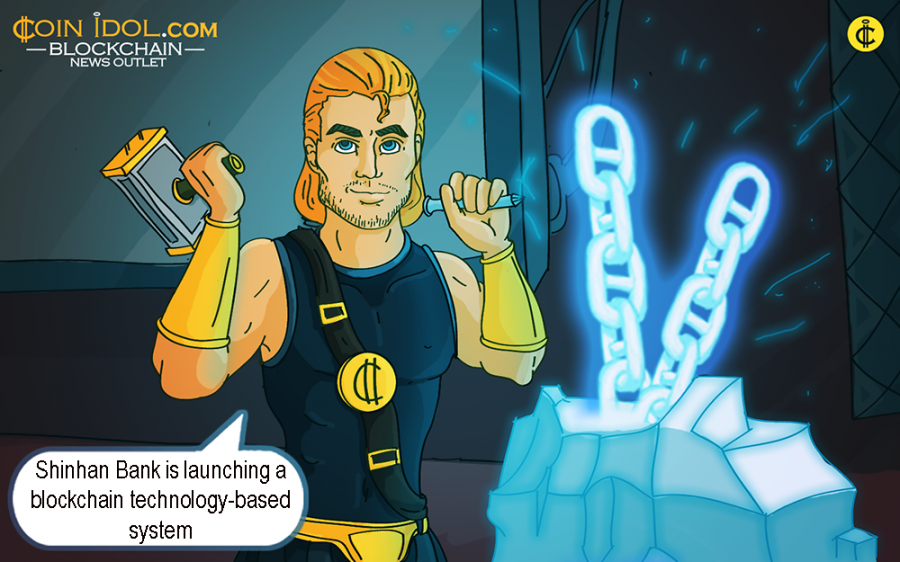 Shinhan Bank, the second biggest financial institution in South Korea, is in the middle of launching a blockchain technology-based system developed to lower the rate of human error. This initiative was reported on Monday, December 10, 2018, by The Korean Times.

Shinhan tried to merge blockchain technology and crypto orbs over the last one and a half years. It has also finished a staff training initiative to shoot up knowledge of DLT for a variety of applications. South Korea is doing well when it comes to innovations such as blockchain and crypto.

The bank is employing distributed ledger technology (DLT) for all Interest Rate Swap (IRS) transactions. Shinhan bank reportedly put into action this very system in late November this year, according to the report from the local news outlet.

IRS can be complicated, but basically, they are a form of a futures contract which is based on exchanging an interest rate between several parties. It enables the parties involved to barrier risk and handle debt. Different parties can get involved in a swap contract and pay each other based on the change of the interest rates.

The Korean Times cited a spokesperson of Shinhan bank:

“Prior to the blockchain-based process, there had been no standardized rules governing keeping and managing financial records, a reason why market participants had to rely on their own records which often times led to errors despite the cross-checking process requirement.”

System to be Deployed Once it is Stable

The new structure at Shinhan aims to modernise the IRS trade exercise by lowering the requirements for performing the cross-check and verification process. The Shinhan bank is still careful and cautious with the launch of the platform.

Shinhan Bank is considering opening system for use the moment it becomes adequately stable, as revealed by officials from the bank.

However, the system is not completely selfstanding and is still dependent on human labour to input information, this means that the human error isn’t wholly exterminated and uprooted. Let’s just wait and see how the human error will be reduced by this system.

Tags
Banking Blockchain Rating Finance South Korea Korea IRS Cryptocurrency Contract
Most Popular
May 07, 2021 at 12:43
News
Ripple Faces Stiff Resistance at $1.70 High as Bears Attempt to Sink XRP to $1.00 Low
May 07, 2021 at 10:39
News
Revolut Users Will Gain Stronger Control of Their Bitcoins with New Withdrawal Feature
May 07, 2021 at 09:27
News
Binance Coin Retraces to $600 Support and Resumes Upward Move, Further Upside Momentum Likely
May 06, 2021 at 12:32
News
Bitcoin Struggles to Sustain Above $58,000 Support, Lacks Buyers at Higher Price Levels
May 06, 2021 at 11:35
News
Ethereum Is Growing on a Wave of Investment
More