€600 in Bitcoin Lost by Sextortion Victims in Italy 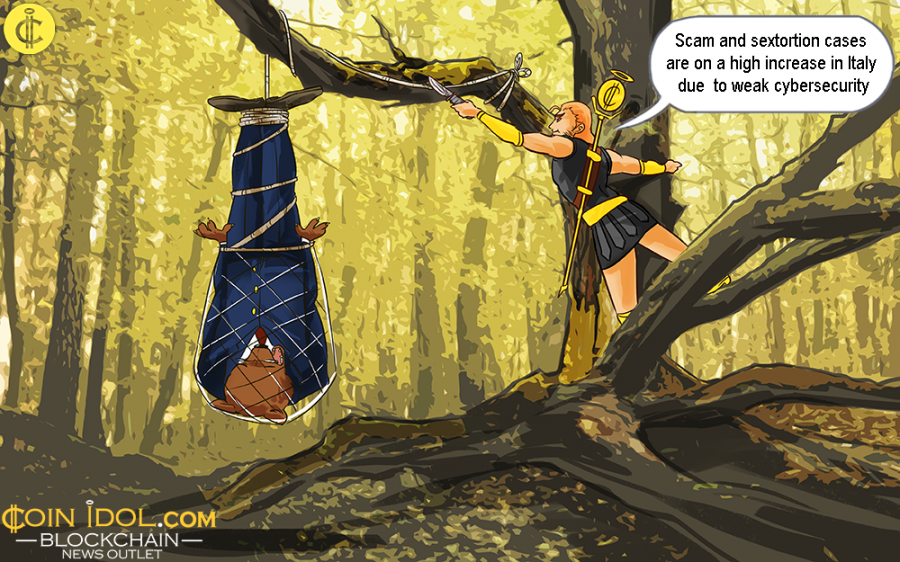 Due to weak cybersecurity and a lack of effective blockchain & bitcoin regulations, the cases of scam and sextortion are on a high increase in Italy. The cybercriminals have been claiming to be possessing special pictures, and videos containing pornographic contents.

Criminals claim that they have got the recorded videos of the victims watching this so-called pornography and other explicit videos – these were got after violating the victim’s device and then recording the person.

Now, they are threatening them that they would share and publish the videos in question to other people’s emails, smartphones, computers, social media platforms, they don’t care whether these videos will be watched by their relatives, friends or co-workers.

The emails threatening the victims note that they have got both the videos captured in front of their webcam during the action and the images stored in their computers, phones or any other devices.

The scammers are saying that in order to spare the victims from being exposed to the public and becoming a laughing stock, or even damaging their integrity, the victims have been demanded to pay a total sum of over €600 with Bitcoin, and this amount could soar especially if the spirit of claim is that of having child pornography material. If the writer (scammer) ever tries to inform the relevant authorities like the police, then the victims could be charged with more than €1000 or even arrested.

The real cybercriminals have the capacity to make scams that will put the recipient under stress such that they pay the required money quickly. They can use the cell phones contacts, passwords or any relevant data of the victim from the previous violations. Generally, they make sure that they persuade victims by assuring them that hackers accessed their real information such as email accounts, bank accounts, passwords, usernames and others.

In fact, Italy lost more than €10 billion in crypto through cyber-related criminal activities such as online fraud, money laundering, sextortion and others, according to the report by the World Economic Forum. However, Europe is in a struggle of fighting all illicit activities that are directly associated with cryptocurrencies like Ethereum, Ripple, Bitcoin and others.