Key Segments of Crypto Development in Italy in 2019 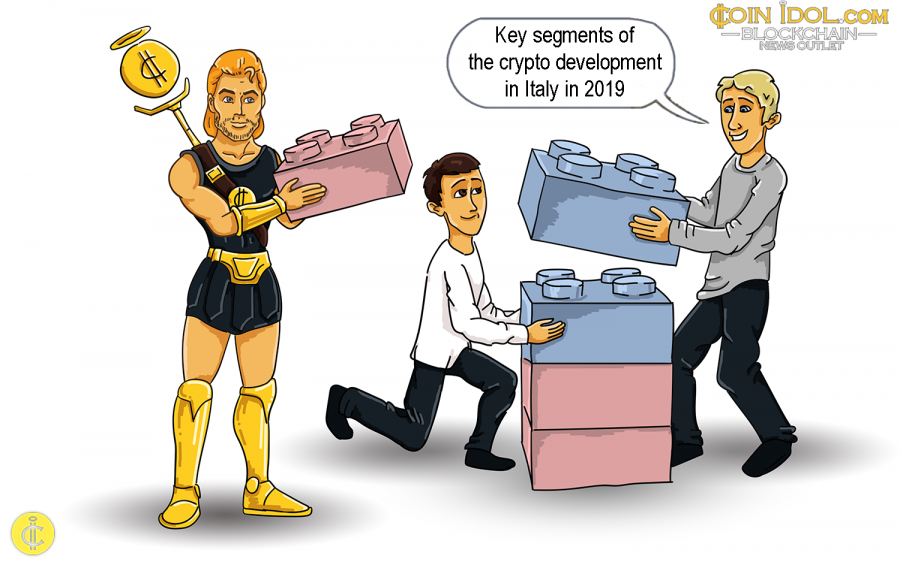 2018 was definitely a positive year for the Italian crypto market as a whole, with a recorded growth of 2.7% compared to 2017. As for this year, a 2.5% growth was recorded, which is also a good sign, given the unfavourable circumstances. The crypto market may play an important role in preventing the negative economic situation that is expected for the coming months.

A Brief Outlook on the Different Segments

Among the various segments of the sector, the network and telecommunications services branch recorded the worst performance, mainly due to the appearance on the market of low-cost operators that have eroded the profit margins of traditional operators.

The crypto enabler segment is doing very well, with double-digit growth rates, mainly driven by cloud, cybersecurity, blockchain and AI. In particular, cybersecurity and IoT are expected to be the catalyst for the growth of the crypto sector in the future. Developing the growth of the cybersecurity segment does not mean just regulatory changes but also the intensified importance of big data, which will make it increasingly substantial to eliminate vulnerabilities. The IoT sector, on the other hand, will get a big boost from 5G, not so much in terms of the growth of services already available, but rather in terms of creating new services, especially for smart cities.

The main drivers of the growth for the crypto market were the sectors with a wide user base and those most exposed to competition, especially international. In particular, manufacturing, positively influenced by government incentives at Industry 4.0; the banking sector, which is going through an epochal paradigm shift, with the physical assets turning into virtual assets; the insurance, utilities and digital health sectors.

According to a report by Giancarlo Capitani, many business users confirmed their willingness to proceed with investment plans previously prepared despite the negative outlook, mainly for four reasons. First of all, it is the compliance with the regulatory changes recently introduced. Secondly, the competition, especially international, which requires Italian companies to adapt their equipment to that of foreign competitors, makes people proceed with the investment process. The third reason is the need to interact with stakeholders, especially customers and digital employees. And finally, it is the understanding by top management of the importance of exploiting all the advantages of digital transformation.

In addition, the AgID three-year plan (2019-2021), launched last March and based on a systemic vision of the various areas of intervention that, according to Capitani, could create an important synergy effect. For example, the proliferation of startups, about 10,000 in Italy alone, of which 300 are fintech, will erode the market shares of traditional operators by putting disruptive services on the market capable of creating new demand. Based on the collected data, Anitec-Assinform, the Italian Association for the Information and Communication Technology, estimates that the sector will grow further by 2.5% in 2019.