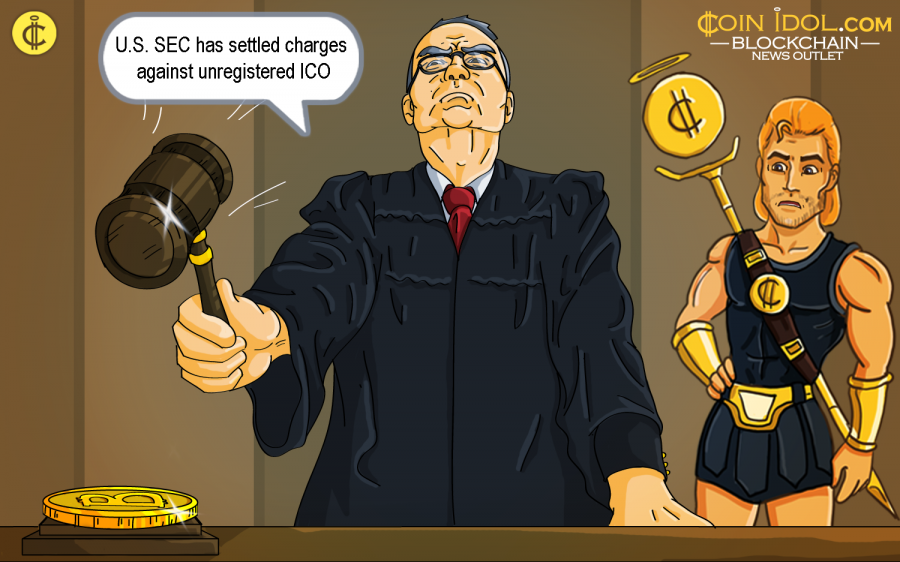 The U. S. Security and Exchange Commission announced on February 20, 2019, that cryptocurrency startup Gladius Network LLC had formally settled charges of functioning on unregistered securities offerings.

Recently, the U.S. Securities and Exchange Commission explained that as this initial coin offering (ICO) wasn’t recorded under federal securities laws, the ICO itself was not exempted from any registering requirements. An ICO was created by Gladius Network towards the end of 2017, increasing to $12.7 million which was in the form of close to 24,000 ETH.

The commission revealed that Gladius owners never paid any penalties to clear and settle charges. They further decided to suspend the offering, review the website and all marketing materials, and also reimburse all fees it had already amassed.

“The commission has been clear that companies must comply with the securities laws when issuing digital tokens that are securities. Today’s case shows the benefit of self-reporting and taking proactive steps to remediate unregistered offerings,” revealed Robert A. Cohen, Chief of the SEC’s Cyber Unit.

The commission says that the offering ran into conflicts with securities laws due to the fact that the vehicles offered could be recognized as a security, hence the principles should have made it a point to register it with the U.S. SEC as broker-dealers.

Also, in June 2018, the commission got a court order charging Titanium Blockchain Infrastructure Service (TBIS) with fraud. It was ordered to halt the activity of the scam ICO which collected over $21 million.

As of now, the regulatory status of digital currency offerings remains quite dark. However, the SEC cautioned that securities law will more likely apply to some cryptocurrencies depending on their precise characteristics. In such cases, securities registration, disclosure plus other relevant necessities apply.

A few days ago, the commission demanded the company behind the first Blockchain ETF to immediately put its plans to develop a Bitcoin exchange-traded fund (ETF) product on hold. However, Bitcoin ETF has a big hope since the commission is very open for innovation, as reported by Coinidol.

The SEC is taking enforcement actions against several firms and has put their offerings on halt after giving out a series of warnings. It has even frozen the precious assets of very many cryptocurrency companies, suspended ICOs and also halted trading.

Gladius’s ICO came after its DAO report was published and discovered that ICOs can be considered as securities offerings, according to the SEC release.

However, the Thai SEC is also considering whether to relax Thailand’s regulation for ICOs. The agency carried public hearing in the process of loosening rules on pre-sales and private cryptocurrency sales, as reported by Coinidol.

Meanwhile, SEC chairman Jay Clayton came out to say that he feels more confident that developments in blockchain will play a big part in facilitating capital formation.