SEC Refuses to Clarify Its Order Against Telegram’s Token 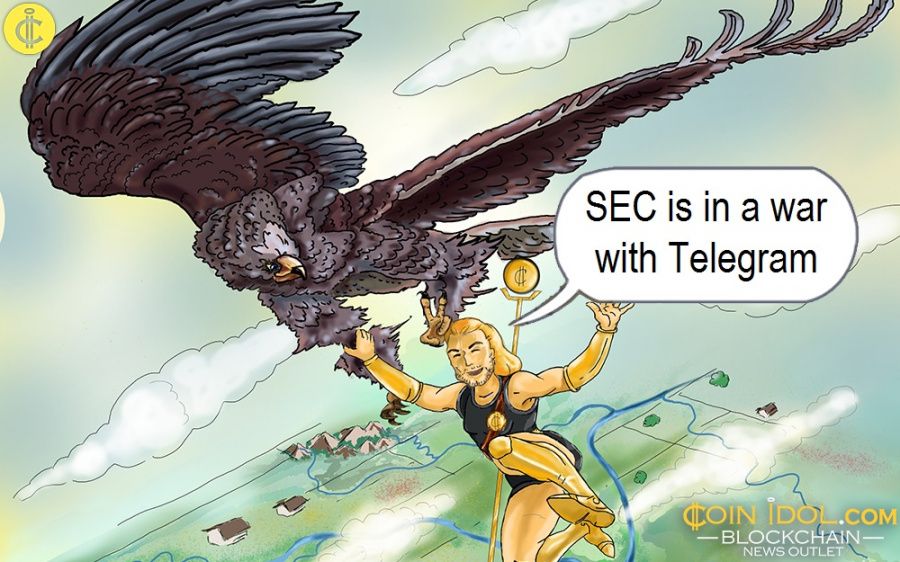 The US Securities and Exchange Commission (SEC) has turned down Telegram’s request to clarify its position on the recent order against issuance and circulation of Gram token.

The token was previously banned by a preliminary injunction issued by Kevin Castel, the US District Judge in New York. Mr Castel revealed that the financial watchdog has manifested considerable prospects of success in demonstrating that Telegram illegally started the sale of unregistered token securities.

In response, Telegram’s lawyers are doing everything possible to get a levelled ground from the SEC. They have issued a letter to the judge inquiring for more details about the injunction.

The struggle between Telegram and the US SEC started back in 2019. The watchdog has halted the sale of the new Gram token, having explained that it might potentially threaten the security. Besides, Telegram did not properly register their product within the US legal framework before its launch in the market.

In response, Pavel Durov, the CEO of Telegram, has refuted these accusations, as coinidol.com, a world blockchain news outlet, has reported. He claimed that their Gram token was not registered as securities, but as a commodity. Besides, the SEC didn’t provide any clear and well-structured guidance on the country's legislation and procedures.

As a result, during its initial coin offering, the firm in question managed to raise around $1.7 bln, whereby a big percentage of that money was from overseas.

Well, the SEC is known for its cautiousness about companies working in the cryptocurrency industry. Their battle against Telegram is one of the examples where it has misused its authority. At least, that’s what Telegram itself thinks. However, this could be because of the lack of a clear definition of what constitutes a security with respect to the Bitcoin and cryptocurrency ecosystem at large.

All in all, no one is going to give up that easily. Now, the company is asking the watchdog to give a clarification on whether the purview of the preliminary injunction works only on the Purchase Agreements with the US-based venture capitalists. Lawyers and other responsible participants from Telegram are willing to provide more details and cooperate with the court on resolving this issue, according to CoinDesk.

Nevertheless, the SEC is not willing to cooperate at all. The regulator requested the NY-based Court to turn a deaf ear to the company's request claiming that it is attempting to “inappropriately narrow” the purview of the injunction, which explicitly applies to the company’s issuance and circulation of Grams to ‘any user or investor.

The SEC revealed that the company sold unrestricted cryptocurrencies to conduits across the globe and other people from the US and other countries, who bought Gram tokens have actually resold their interests.

Tags
Token Securities USA Telegram SEC Exchange Companies
Most Popular
May 17, 2021 at 12:15
News
Bitcoin in a Deeper Correction as Price Fluctuates
May 17, 2021 at 10:08
News
Elon Musk Should Know that Bitcoin Mining has Nothing to Do With the Environment
May 16, 2021 at 11:30
News
3 Reasons Why Payment Service Platforms Switch to Blockchain, Facilitating the Adoption of the Tech
May 16, 2021 at 10:35
News
Chainlink Rally Stalls at High of $52 as Altcoin Retraces for More Upside Momentum
May 16, 2021 at 09:29
News
Uniswap Range-bound Between $36 and $44, Attempts to Breach Recent High
More