Telegram to Suspend the Launch of Gram Cryptocurrency in U.S. 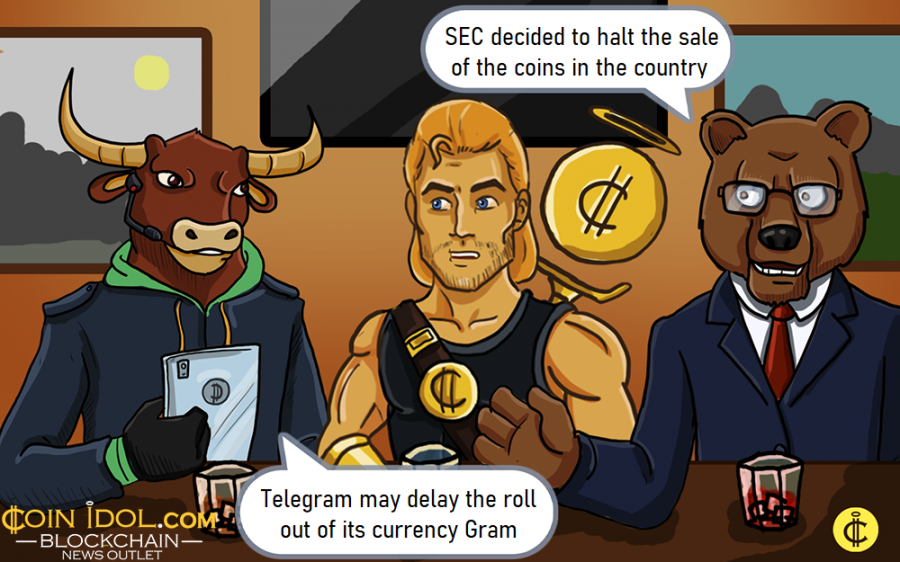 Telegram, a cloud-based instant messaging and voice over IP service with more than 350 million active users worldwide, may delay the roll out of its virtual currency dubbed Gram following a restraining order from the United States Securities and Exchange Commission (U.S. SEC) to halt the sale of the coins in the country.

From the Bloomberg News, the firm that raised over $1.72 billion in 2018 for its initiative, told cryptocurrency venture capitalist that it is doing everything possible to assess ways of solving the U.S. SEC’s concerns, such as potentially postponing the issuance of the coins past its deadline target of Thu Oct 31, 2019 as per the note sent to several venture capitalists.

A massive number of venture capitalists purchased rights for Grams cryptocurrencies at an unreasonable discount, and have a chance to sell them again at a “reference fee” of more than $3.6, an amount which is about 3 times the all-out price of the rights, per the filing from the U.S. SEC.

The SEC stressed that Telegram started the process of fund-raising in the manner that was unlawful in the U.S. since it didn’t register its offering with the responsible financial regulator, basing on the filing done publicly on Fri Oct 11. The company managed to collect over $426 million from potential cryptocurrency investors within the U.S. alone.

Telegram communicated to its stockholders that it has for long been engaging with the United States financial watchdog for the last one and a half years on the subject of its project. And they are now staggered and upset to see that the supervisory body filed the complaint under these conditions.

The supervisory body, an independent agency of the U.S. federal government, has had an established apprehension vis-à-vis the sector. The watchdog has for long demonstrated to be a big hurdle for the cryptocurrency market, averting a lot of investors and cryptocurrency users from progressing in the country.

Do you think the U.S. Securities and Exchange Commission is trying to indirectly bar the adoption of cryptocurrencies in the country?