San Marino to Regulate Blockchain to Promote its High-Tech Profile 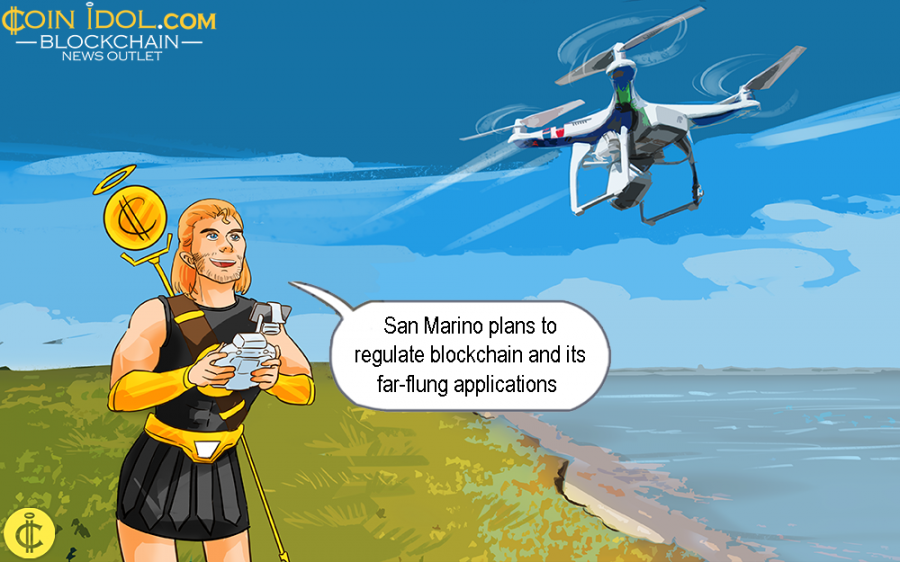 The council works on amendments and approvals of decrees related to innovative technologies in the Republic of San Marino. This small enclave nation enclosed by Italy wants to be among the first states to regulate and approve blockchain and its far-flung applications. The decree also aims to revive the country's economy and promote its high-tech profile.

During the discussion on the decree, misgivings are being expressed especially on the way by which the country wants to implement the technology, nevertheless blockchain is an opportunity for San Marino and Italian citizens. The country has been legally experimenting with cryptocurrency and blockchain technology for a while now.

AML Controls Should be Put in Place

The government expects changes to article 12 that provides for "specific agreements through memorandum of understanding (MoU) with the AIF itself" regarding the activity of anti-money laundering (AML) controls.

The blockchain application for companies is one of the areas of significant interest for the development of the country’s economic system. Of course, there are few countries in the world with legislation defined and completed in the aspects that regulate this industry, there was and there is an opportunity to be among the first to play the game in this area to create legislation.

According to many forecasters, compared to the technologies that will change life in the future, blockchain technology is identified as one of them. Most people have been able to understand how many possibilities blockchain can give, it is a world that can and must evolve over time, and even the legislation does not end here.

The legislation was intended to regulate some aspects of application that are seen in an interesting way for the market. Italy and San Marino want to be the most cryptocurrency and blockchain-friendly countries, and also focus on creating anti-money laundering checks.

Non-Experts on Blockchain Seem to be Missing It

Basically, the country’s legislators have taken note of the indications from the European Central Bank (ECB) and the Bank of Italy, which although with different approaches, still believe that they cannot qualify tokens as a financial instrument. The country has moved in this direction by avoiding roles at the central bank. It could be the responsibility of Central Bank of Republic San Marino (Bcsm) in the future, but at this stage the country has moved in line with the guidelines of international supervisory authorities that have expressed themselves on these instruments.

Blockchain approach is not easy for non-experts. It is difficult to fully understand its functioning, but the potential it expresses is truly revolutionary in all fields and sectors, in the public and in the private sector, but the fact is that, the project is highly interesting and is a stimulating enterprise, all to be built.

It is important to know how to recognize elements of vulnerability to prevent risks, and also to be able to guarantee potential investors a careful monitoring and a clear path on who should do what. It is also important to demonstrate as a country to be able to manage risks, through rules, risks related to those who can exploit, for instance, the existence of borders between countries, of different jurisdictions, so as not to offer the possibility of moving towards compliant jurisdictions.

The Republic is pushing hard to get rid of malevolent activities that come along with cryptoasset and blockchain technology including fraud, cybercrime, etc. Previously, the country has introduced various decrees focusing at developing a solid AML regulation, to make the technology more attractive.

Tags
Blockchain San Marino Italy Technology Economy Central Bank Banking Future Laundering
Most Popular
Jan 25, 2022 at 12:24
Price
Litecoin Declines as Price Deepens in the Oversold Region
Jan 25, 2022 at 11:30
Price
Weekly Cryptocurrency Market Analysis: Altcoins in Oversold Regions as Buyers Regroup for a Price Rebound
Jan 25, 2022 at 10:32
Price
Ripple Fluctuates above $0.56 as Bears Threaten to Resume Selling Pressure
Jan 24, 2022 at 12:12
News
30 YouTube Channels Hacked; Is it Another Reason for Bloggers to Switch to Decentralized Streaming Platforms?
Jan 24, 2022 at 11:15
Price
Ethereum is in a Tight Consolidation, May Slide Below $2,300 Low
More