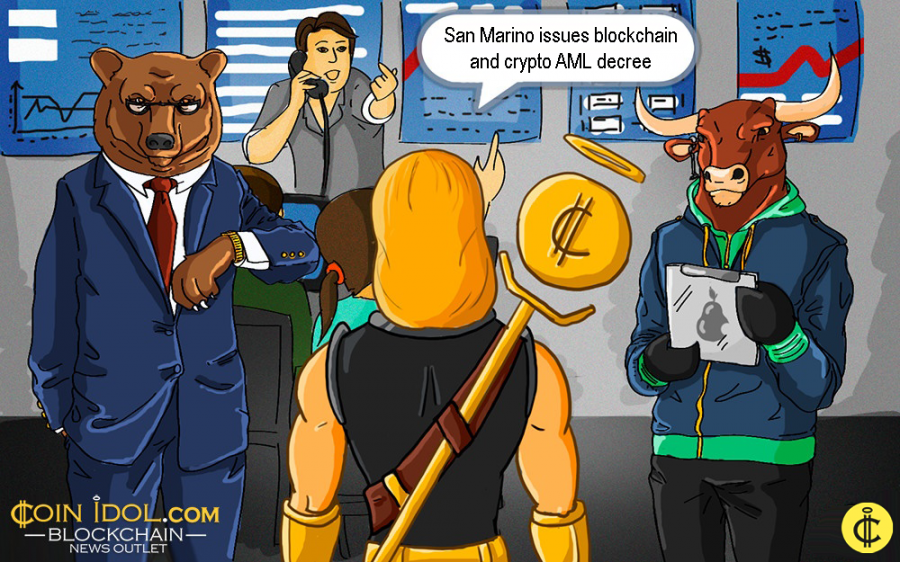 In an effort to prevent illegal activities that go with blockchain and crypto, Republic of San Marino has come up with a decree aiming at creating strong anti-money laundering regulation (AML) in relation to the distributed ledger technology (DLT), so as to standardize the technology, and further evaluate all potential scenarios in Italy.

The European country located within the borders of Italy is emphasizing on AML discipline to make the technology, which is largely regarded as mysterious, more transparent. The move is interesting to the Republic as well as Italy since possible solutions will be adopted specifically regulating the relationship between DLT and AML measures.

The citizens have been demanding for jobs from the government, and it’s through this initiative the Republic is trying to attract more investments in order to create opportunities for the unemployed nationals especially the youth and also aims at boosting the local economy. Stefano Loconte, Professor of Tax Law at LUM Jean Monnet University stressed that:

"Upstream, maximum transparency is assured and all those subjects or all those are bounced back operations that are not in line with San Marino standards.”

San Marino to Become a Hub for Blockchain Tech

The country's dream is to see itself become an international blockchain technology hub, and as per the legislation, the country seeks to issue two types of tokens viz. those for use and the other one for investment. Now, the government is still waiting for the Institute of Innovation of San Marino to first approve the subject, such that the authorization process can begin effectively.

In April 2018, it placed itself in a position of becoming a fertile ground for innovative technologies such as blockchain, as reported by Coinidol. Practical and legislative efforts of creating a legal framework and strong facilities started immediately – to achieve their set goal of becoming a blockchain center, just like Malta.

However, during the presentation of the initial coin token offering (ICO) and the issuing of the tokens, the Institute of Innovation will present whitepapers plus summary notes in addition to advertising tokens sans deception or uncertainty.

The European Prospectus Directive dictates that when presenting investment coins, it’s a must to have a public prospectus. Blockchain entities are required to establish trust among users before starting up companies. In this case, trust works as a sole interlocutor with the token/coin issuer. This will reinforce the relationship between the token issuers and the users.

While launching the blockchain decree, the republic’s authorities emphasized the aspect connected to the control of AML. Procedure and requests of issuing tokens must be subjected to constant controls, particularly on the verification part. Professor Loconte explains:

"The decree places itself at the highest levels of alert with reference to AML procedures because not only does it expressly provide that all transactions end up in the field of the relevant legislation, but all subjects and all operations are subject to so-called reinforced verification, then that particular procedure within the AML discipline.”

“In addition, only those individuals belonging to jurisdictions that ensure quality levels at least equal to those of the Republic, are expected to deal with this world of San Marino. If the country of a company that believes to make an operation to the Republic does not have an antiricaggio discipline in line with the sanmarinesi standards will not be able to have it access," he added.

Earlier this month, the Republic tested blockchain and crypto by issuing the Delegated Decree no. 37 known as “Rules on DLT for businesses,” which sets a standard amendment of the ace of digital currencies – classifying them as utility and investment tokens.