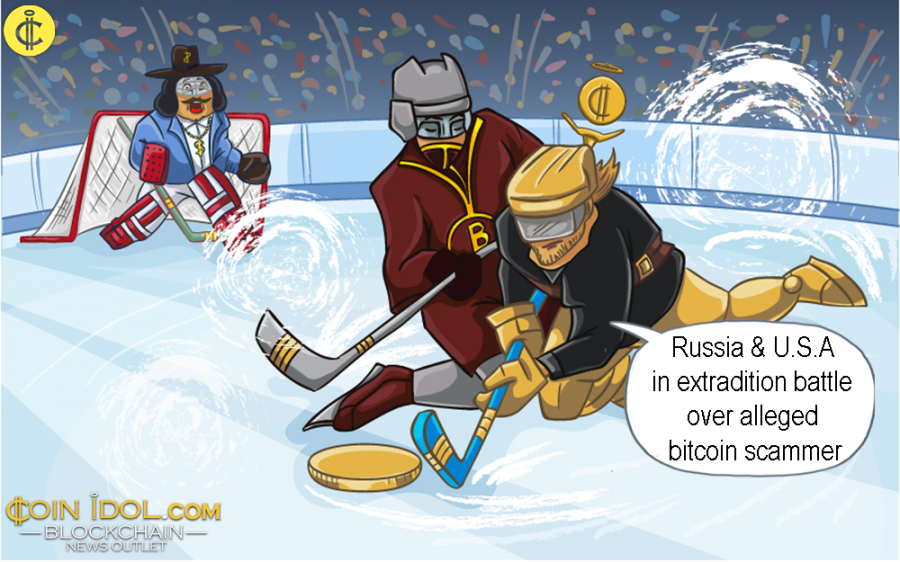 A Greek court has generally approved Russia's extradition request regarding a Russian national who was originally confined on an international warrant issued by the U.S and currently imprisoned in Thessaloniki. Remember that the Greeks had earlier accepted to extradite the criminal to France.

A 38-year-old prisoner and computer programmer known as Alexander Vinnik is being charged over a $4 billion money laundering scheme plus a crypto exchange known as BTC-e.

BTC-e was a crypto exchange platform, in operation for six years (July 2011 to July 2017). It provided trading in rouble, Euro and dollar against a subset of cryptos. By early 2015 it was managing an estimated 3% of the global's Bitcoin exchange volume, and of July last year, the platform had registered more than $4 billion worth of BTC.

According to July 2017 indictment from the US Attorney for California, BTC-e wheeled illicit transactions globally, and Alexander himself acquired a lot of profits from these operations through the multiple accounts that he owned at the business. It also adduces that Alexander was the primary owner of Canton Business Corporation, the exchange’s managing shell company.

“Mr. Vinnik is alleged to have committed and facilitated a wide range of crimes that go far beyond the lack of regulation of the bitcoin exchange he operated. Through his actions, it is alleged that he stole identities, facilitated drug trafficking, and helped to launder criminal proceeds from syndicates around the world.”

Furthermore, the authorities allege that he was complicit in the stealing of 630,000 BTC from Mt.Gox, a Japanese crypto exchange, in 2013. Explicitly, that almost 300,000 BTC was grooved via accounts associated with Alexander.
If Alexander ends up in the U.S, he may face up to 55 years in prison and a probable fine of  US$12 million. In addition to charges, BTC-e is being demanded $110 million.

Requested by Russia, France and USA

Extradition request to France was approved on July 14 this year by the Greek court. France did so because over 100 French nationals were purportedly defrauded by Alexander, but the lawyer of the defendant assured that this would be but a way on a journey further west.

While reacting to this, the Ministry of Foreign Affairs of Russia strongly criticised the Greek authorities, censuring them of intricating relations between Russia and Greece. It said that Alexander should be extradited to his own country Russia. Absorbingly, in May this year, Russian news outlet reported that a plot to kill Alexander was revealed in Greece.

"Some people were much more interested in Vinnik not coming to Russia," Sputnik quoted.

However, Alexander claims that he was only working as a technical consultant at BTC-e. Vinnik rejected all the allegations saying to the judges that he was determined in fighting and overpowering the U.S. dominance of the world financial system.