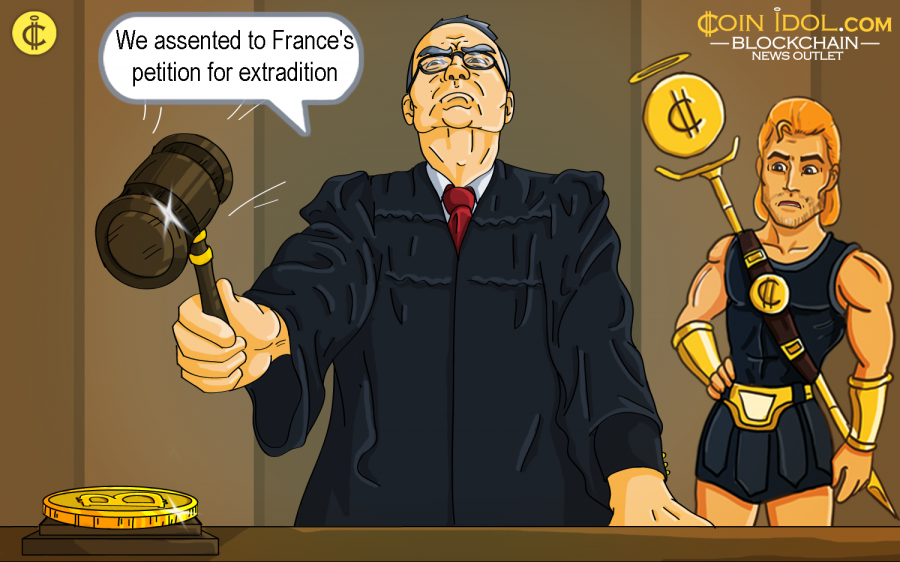 Alexander Vinnik, 38, a Russian national, has been accused of laundering $4 bn illegally via Bitcoin crypto exchange in the United States, a Greek Court ratified the move of extraditing criminal to France. French police revealed that Vinnik participated in laundering $155 million using 20,643 BTC, the claim that Vinnik is denying.

Alexander was confined in Greece in 2017. A Greek court in Thessaloniki on July 13 assented to France's petition for extradition where Alexander is needed on charges. It is not only France that was requesting for Vinnik, other authorities such as Russia, and the U.S also wanted him badly.

The Minister for Justice of Greece will have to first make a thorough decision between the competing extradition requests from the U.S, France and Russia. Ilias Spyriadis, Alexander's lawyer, said that Vinnik is trying to appeal the court's made decision, according to Associated Press.

While on a holiday enjoying with his family one year ago, Alexander was first confined in Halkidiki, Northern Greece under the US arrest warrant.

This extradition decision happens immediately in the same week where two Russian diplomats were officially ordered out of Greece after being involved in supporting various protest groups plus others in Northern Greece that were highly gainstanding the 'North Macedonia' deal.

The Russian Foreign Ministry showed a big concern over this matter in the statement they made. It states:

"These measures have been taken contrary to the legal framework of bilateral cooperation in the area of legal aid in civil and criminal matters. Greece has turned a blind eye to a request from the Prosecutor General's Office of Russia to extradite Alexander to his home country, a request that should have been given priority. It is obvious that Russia can't leave these actions unanswered."

Vinnik was believed to have been working as a Chief Executive of BTC-e Crypto exchange, but the exchange said that he wasn't their employee.