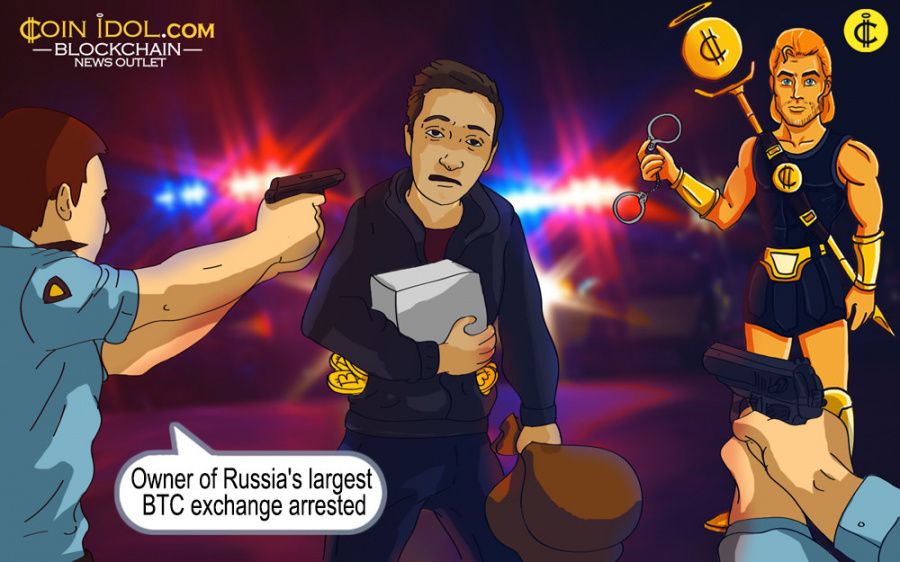 The largest Russian cryptocurrency exchange, BTC-e, froze all transactions soon after the arrest one of its co-owners. BTC-e user funds may be lost.

Yesterday, July 25, Greek police arrested 38-year-old Russian citizen Alexander Vinnik, who turned out to be a co-owner of one of the largest and most popular Bitcoin exchanges in Russia. He was arrested in Thessaloniki, Greece, on a US warrant, on suspicion of laundering $4 million via Bitcoin transactions. According to a report by Bits.media, the BTC-e exchange had gone offline sometime Tuesday morning, July 26, and remains unavailable. The first message from the team of BTC-e stating that the exchange is offline due to "unscheduled technical work" appeared on its official Twitter page one hour later.

We are still continue to perform our unscheduled ongoing maintenance. Will keep you updated. Sorry for the inconvenience. #btce

Users began scrutinizing the possibility that the man arrested a day before in Thessaloniki could be somehow connected to the problems at the BTC-e exchange soon after the first reports.

According to the latest report, Bits.media received information from the administrator of the qugla.com service, which conducted the marketing campaign of Humaniq, saying that Alexander Vinnik is indeed one of the owners and administrators of BTC-e.

He stated, that another administrator of BTC-e probably has access to the exchange, and now, most likely tries to solve the situation. He also stated that the future of BTC-e exchange is uncertain and user funds may be never returned. He continued:

“Forecasts are disappointing. If within 48 hours the situation is not resolved in a positive way, with a high degree of probability you can forget about the money.”