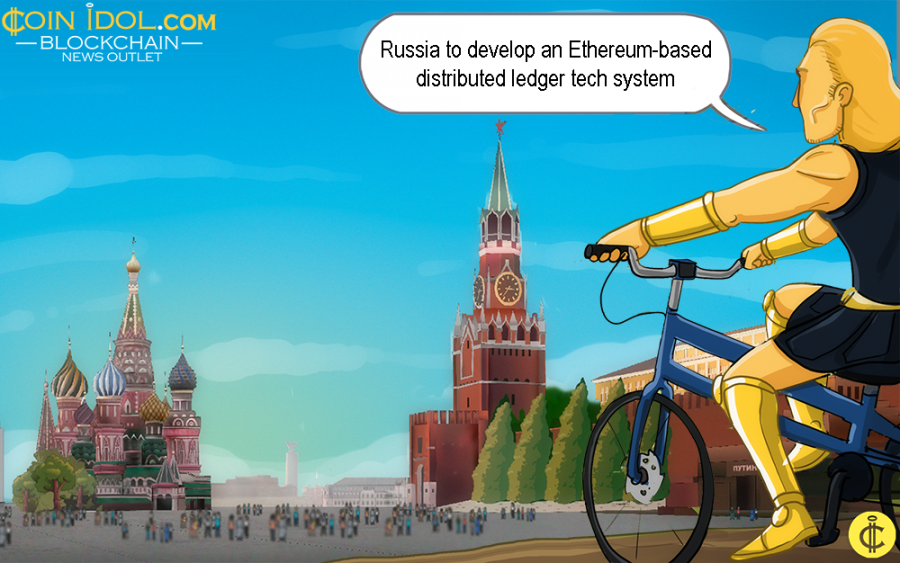 The Department of Information Technologies of Moscow (DIT) recently revealed an auction to develop an Ethereum-based distributed ledger tech (DLT) system which can offer administrative electronic services to over 50.2 million residents living in the federal city of Russia, Open Media reports.

The project’s proposed budget is about $860,000, and aims at enhancing the transparency of the administrative services being offered to the city’s residents. Some of the services being offered include the provision of legal documents about real estate. The DLT-based project will be yoked for other important activities, for example, the sharing of retail spaces.

Now, the Russian government is planning to host a platform that can instantaneously support and serve around 2 million customers, and further wants this blockchain-oriented platform to be a proof-of-authority. After the contractor is finally selected, he/she will be required to accomplish the assignment in just 2 months. The Moscow City Hall is currently offering automation of electronic services that are targeting to enhance and increase the transparency of the inside systems and further help to cut down costs.

Blockchain to be Used for E-Voting

The selected contractor will also be required to integrate the novel platform with the present DLT mechanisms that are currently being experimented with by the City’s administration. The City government earlier (back in November 2017) revealed its interests of using blockchain-based technologies including smart contracts, according to Mayor Sergei Sobyanin. In 2017, still, their government rolled out a major project based on blockchain tech dubbed Active Citizen, that enables city’s residents to show their fondness and favorites on public works projects, for instance, locations for fresh bike routes.

Since distributed ledger tech has the ability to prevent manipulation, for the first time in history the Moscow admin is planning to use blockchain tech in all election processes (e-voting) expected to happen in September. If the e-voting process becomes successful, the project will be used by the Russian government to conduct nationwide elections.
While Russian politicians have negative attitude to cryptocurrency, Blockchain technology is considered to be used in various fields. The Russian Ministry of Communications & Mass Media is actually planning to legalize and regulate blockchain, as we reported.

Tags
City Russia Blockchain Service Technology Moscow Media
Most Popular
Feb 25, 2021 at 12:35
News
Bill Gates vs Elon Musk: How Whales Influence the Bitcoin Price
Feb 25, 2021 at 11:11
News
Ethereum Holds Crucial Support, Retests $1,700 Resistance
Feb 25, 2021 at 10:17
News
Ripple Shows Sign of Strength as It Attempts to Break the Resistance at $0.50
Feb 25, 2021 at 09:00
News
Why Credit Cards are a Terrible Online Casino Payment Method
Feb 24, 2021 at 15:53
News
The Land of Controversy: China Is Leading Cryptocurrency Market Despite the Hostility of Regulators
More