Blockchain Technology and DLT Can Be Accepted in Russia in 2019 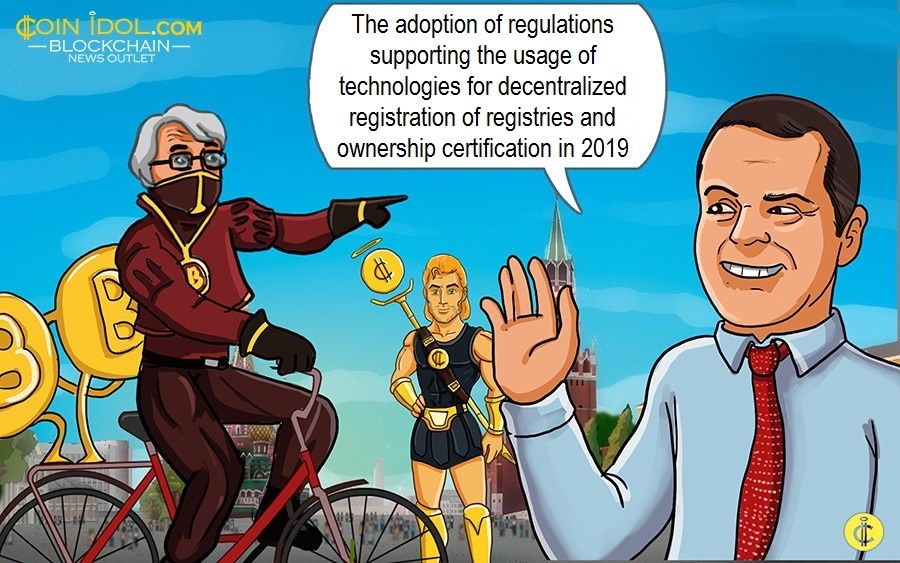 The Ministry of Communications and Mass Media of Russia expects that Blockchain technology and distributed ledger technologies will be legalized and regulatory accepted in 2019.

According to a report by TASS, the Ministry of Communications has issued a draft of the  program called "Digital Economy of the Russian Federation", where it stated:

"The adoption of regulations supporting the usage of technologies for decentralized registration of registries and ownership certification ("BlockChain", etc.) in 2019".

The draft of the new program that includes the adoption of Blockchain technology came soon after a meeting between the Prime Minister of Russia, Dmitry Medvedev, who is also an ex-president of the Russian Federation, and vice premieres, where he officially requested ministries to find opportunities to use the advantages of Blockchain technology in public administration.

"I ask to consider the possibility of using Blockchain technology in the system of public administration and the economy of the Russian Federation".

Moreover, previous Deputy Finance Minister of Russia, Alexey Moiseev, has said that local authorities hope to recognize Bitcoin and other cryptocurrencies as well in Russia in 2018. He stated that Russian authorities are seeking to accept Bitcoin as a legitimate financial instrument and enforce rules against illegal transfers with cryptocurrencies.

Tags
Blockchain Technology Russia Communications Media Economy Cryptocurrency Bitcoin Administration
Most Popular
Sep 17, 2022 at 11:30
Price
Uniswap Trades in a Narrow Range and Challenges the High at $7.00
Sep 17, 2022 at 10:30
Price
Weekly Cryptocurrency Market Analysis: Altcoins Will Continue Their Downward Trend as Bears Keep Selling
Sep 17, 2022 at 09:30
Price
Polkadot Trades in a Narrow Range and Struggles with the $8 High
Sep 16, 2022 at 11:45
Price
Ethereum Falls as it Reaches Oversold Region of the Market
Sep 16, 2022 at 10:45
Price
Ripple Falters Above $0.32 as Buyers Fail to Resume Uptrend
More