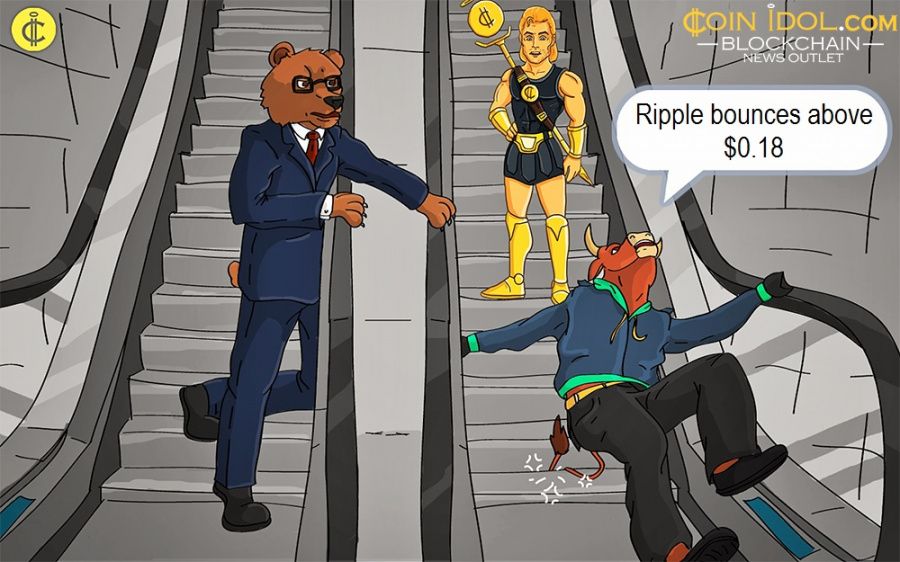 Fluctuation has continued unabated as the resistance at $0.20 becomes unyielding. In the last 48 hours, the bulls were repelled at $0.19500 as the coin dropped to the low of $0.18500. It is a fact that the coin fluctuates between $0.18 and $0.20 but the bulls no longer penetrate above $0.19500 resistance. The bears no longer give the bulls’ space to move upward to the overhead resistance.

Each time the bulls are repelled, the range-bound movement will resume. Gradually, the bears push the price down as the coin fluctuates in a tight range. Unfortunately, it will threaten negatively if the bears succeed in breaking the $0.18 low. This will recall the selling pressure and eventually resume the downtrend below $0.17.

It is undeniable that, since the last bearish impulse on December 17, the coin has continued to put out a sell signal. This is confirmed by the MACD line and the signal line which are below the zero lines. In the same vein, the 12-day EMA has continued to pose a resistance to Ripple. Ripple can only rise once price breaks above the EMAs. 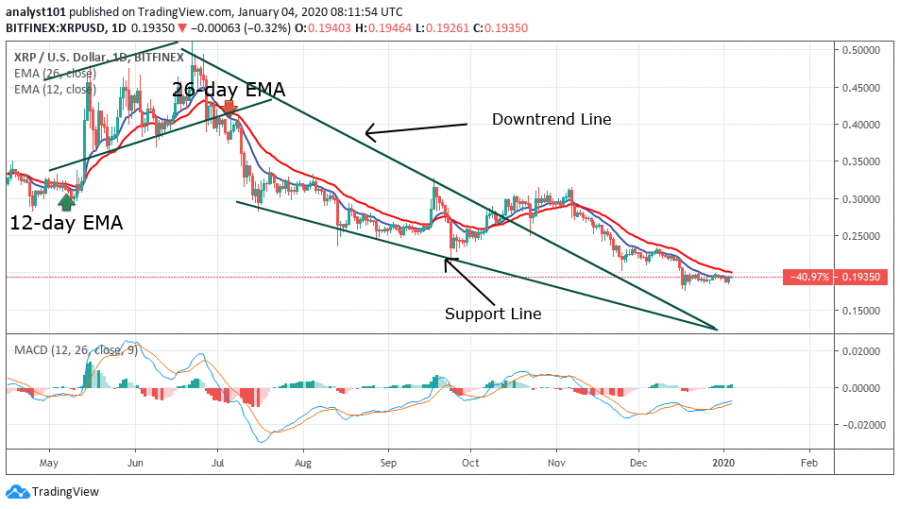 The sideways move may continue as the coin fluctuates between $0.18 and $0.20. The pair’s range-bound movement has come to stay as long as the $0.20 resistance remains intact. Possibly a breakout is imminent as the coin fluctuates in a tight range. Surprisingly, if the price breaks down, XRP will sink to the low of $0.17. Eagerly, a break above $0.20 will propel the coin above $0.23.