Revolutionary Lottery Platform at the Final Stage of Implementation 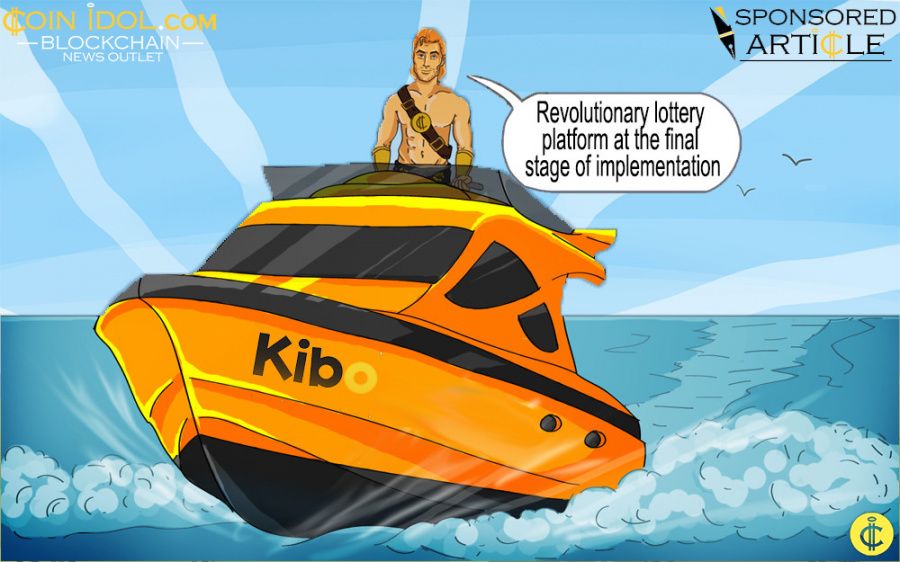 The decentralised Kibo gaming platform, the first gaming project in the world that is making Ethereum smart contracts technology a basis for all gaming processes, has finished all development, and run all tests. Now, after months of intense work and carrying out numerous tests on the Ethereum network, KIBO LOTTO has almost finished preparation for the Kibo platform launching.

The current version of the platform contains four games in the format of one of the most popular in the lottery world. These games imply daily instant drawings. Since the platform contains games of various characteristics and individual time intervals, winning numbers for each of them are assigned by two specially developed random numbers generators.

Execution of absolutely all operations on the platform is ensured by the smart contracts, which completely excludes the possibility of external intervention in any game process. It ensures a completely transparent and 100% honest lottery game with instant payments of winnings of any size to any part of the world where there is an internet connection.'

Today, the only thing that holds the Kibo Platform launch back is the problems of the Ethereum network itself. The issue of the high price of gas, and number of currently available transactions on the Ethereum network creates significant limitations and hinders fast development of Blockchain-based projects and sometimes even makes many of these projects economically unattractive.

Kibo is not the only project whose launch is restrained by the Ethereum platform.  Earlier, many teams were addressing this problem. For example, ethlance.com, a freelance service, announced problems related to the cost of contract registration, which at the present moment amounts to almost $4. It is obvious that for most projects, including Kibo, this is not an acceptable price, since registration and ticket purchasing costs cannot exceed the cost of one ticket, the price of which is about $1.

It is possible that the problem of the gas price will be solved together with the beginning of the PoS era and implementation of the CASPER protocol. The first step of this process is planned to be taken at the end of September 2017.

If the Ethereum team manages to solve the gas price problem in the near future, it will allow the team of the Kibo platform to launch with the first release being able to accept up to 10,000 users.

So far, in order to solve the issue, Ethereum developers are moving in several directions. The first is the recently announced plasma.io project, which will allow significant scaling of contract implementation because of the use of subsidiary chains connected to the main blockchain. And the second – is sharding, which will allow splitting the blockchain into many chunks due to which parallel processing of many transactions will become available. Despite the fact that the first solution is planned to be realised earlier, the Ethereum team has not announced any information about the Plasma launch, while information about sharding is inconsistent, and it is possible that the scheme will have been realized no earlier than the first part of 2018.
As soon as the scalability issue in the Ethereum network is solved, Kibo will be able to launch a promo campaign to attract a big audience.

Future plans and the issue of Kibo tokens

The team of Kibo Lotto sees their task in having by that moment a ready innovative decision for the lottery market, becoming the first ones who offer unique advantages, which became available due to the blockchain and smart contract technologies.

The Kibo Platform is a platform where each owner gains the possibility to develop his/her own lottery with a ready-made infrastructure and unified growing jackpot.

The main stimulus for each user to get acquainted will be a promo drawing, unprecedented for all gaming industry. The attraction of funds for the organisation of that promo was the main aim of the ICO in October 2016. The amount of promo winnings at the start will be $40,000,000. This money will be located at the open wallets of the team at this platform launch address: 0x6C76bb6843C2Ed9A5ad484EdC9FeCba5cd80B6A0

Marketing instruments inbuilt into the platform are aimed not only at the motivation of getting acquainted with the Kibo advantages. The seven-year-experience of all members of the Kibo team in the gamification sphere, including social games, enabled them to implement strong stimulus for step by step involvement of a user as a paying gamer with formation of further loyalty to the platform.

This model showed good results during preliminary tests, which were carried out on a working prototype of the platform with real user involvement and support from owners of Kibo branches.

As soon as the Ethereum team solves the gas price issue, Kibo will launch the first release of the platform with a limited number of users, and at that time, Kibo tokens (KIBIT) will start trading on exchanges. Only tokens that were purchased during the ICO will be traded, the remaining tokens are the team’s property and are frozen by the contract terms. They explained the token mechanism in detail in the blog post.

The team of Kibo Loto stated in their latest blog post:

“Despite the fact that the Kibo project is considerably ready for its first release, and its launch is mostly restrained by the possibilities of the Ethereum net, we are still in the beginning of our way. At present, we have significantly enlarged our team and actively work to realize updates, which will be implemented in the next versions of the platform. We plan to announce some results of these work in the first part of October.
We want to express our gratitude once again for all support that has been given within work on Kibo.”