Poloniex Shutting Down All Operations In Washington 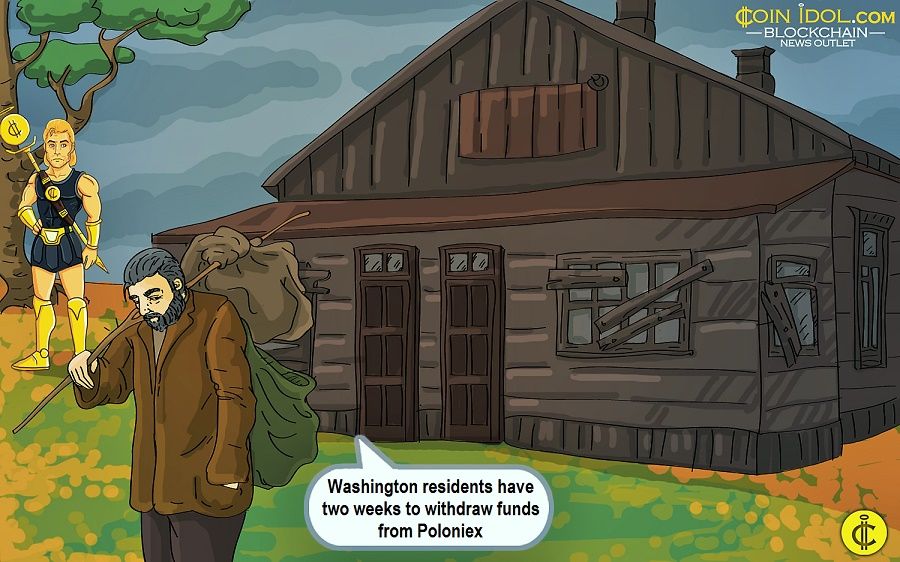 According to the letter, after consideration of the Washington State Department of Financial Institutions' interpretation of its financial services regulations, Poloniex decided to suspend operations for its customers residing in Washington until further notice.

The reason for this is the Uniform Money Services Act (UMSA), chapter 19.230 RCW, that states that in Washington, crypto-currency is a medium of exchange not authorized or adopted by a government, thus is included in the definition of "Money Transmission" and may require licensing for companies wishing to transmit money for Washington residents.

The letter from the Poloniex team informed its customers in Washington:

“After April 21, 2017, your account will be placed in a suspended state and access will be restricted. If you still have funds on balance at this time, you will need to file a support ticket in order to withdraw your funds. There is no deadline on this, but we request you withdraw as soon as possible.”

However, Poloniex noted that if they resume operations in the state of Washington, customers will be able to resume trading with the same account and with all of their historical data intact. Customers who plan to move out to another state and change their residence should contact the Poloniex team.