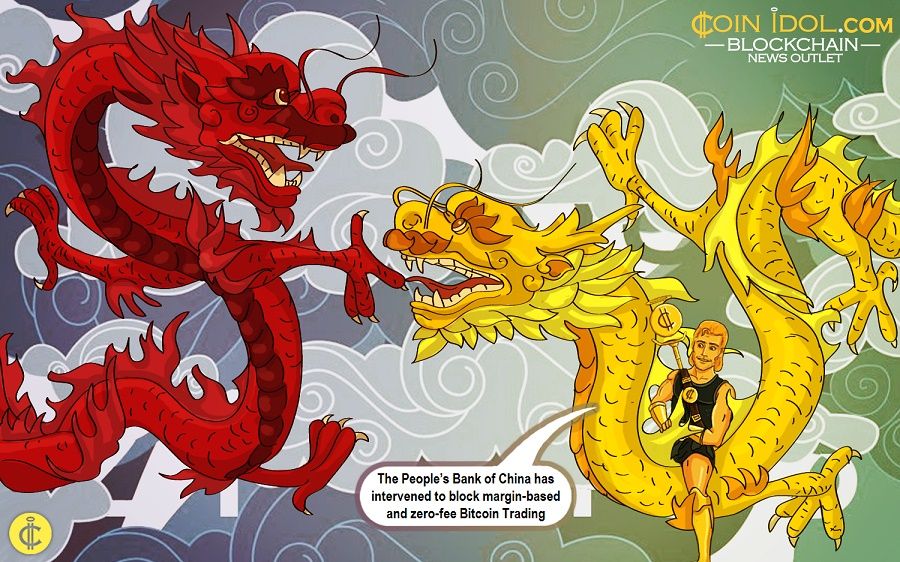 On a continuous regulation drive against capital flight and in an attempt to block all loopholes that allow large sums of money to flow out China, the PBOC have intervened to block margin-based and zero-fee Bitcoin Trading. The Chinese government is still struggling with the massive capital outflow from its economy.

In economics, large sums of money flowing out of the country is an indication of economic woes. China is attempting to avoid the economic disaster which might besiege it if the current rate of money leaving the economy is unchecked.

Will increasing transaction fees on Bitcoin reduce its usefulness for money transfers?

Coinidol.com spoke to Eliot Ball, a computer Engineer with Palantir Technologies, an ICT solution firm for firms and governments, about the effects increasing transaction fees can have on bitcoin in China. He responded:

“The fees we pay to transfer bitcoins (either to pay online, to move funds to friends or change to migrate coins from a wallet to another) are vital for the blockchain network to keep working and accepting new transactions. Increasing the fees is not a solution, even miners (the ones who collect the fees) do not want this option. The fee will not change, but its value will increase a lot if the price of bitcoin go up (and it will be).”

How will this affect small Bitcoin Transactions?

There are thousands of people who send small amounts of bitcoin to their family or as payment for services. Coinidol.com talked to Vlad Cealicu, CTO and Co-Founder of CryptoCompare.com, a bitcoin discussion forum and market information point, on how small transactions will be affected. He responded in a statement:

“The block size will have to increase once we can't fit all the transactions in. Then the difficulty will be automatically adjusted as the hash rate and transactions grow and the network will be able to handle it. The only issue will be the growth of the blockchain size, but in time that can be handled as well.”

Is there a possibility that China will put a ban on Bitcoin and other cryptocurrencies?

With the current rage the Chinese government has put on Bitcoin and cryptocurrency in general, there could be an attempt to put cryptocurrency to death in China. Kayee Tong, Managing Partner at Cryptoexchange, a bitcoin and altcoin exchange platform, commented on how it might go down:

“The PRC definitely do not want capital flow outwards. It's evident they guard their currency's value carefully. Chinese officials aren't dumb, they know that if they ban Bitcoin they won't be able to regulate it and it would make matters worse. Banning it would mean telling everyone in China it posed a threat. People would jump on to that and exploit it more.”