Over 82% of Italians Have Never Used Cryptocurrency 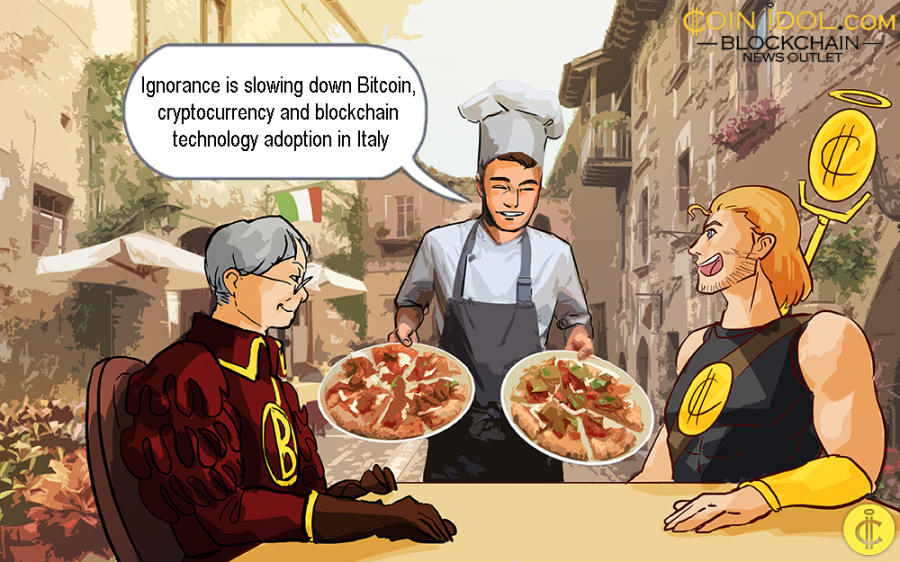 A recent Kaspersky report shows that ignorance is slowing down Bitcoin, cryptocurrency and blockchain technology adoption in Italy. Around 84% of the Italian people have never bought or used cryptocurrency. The citizens fear that cryptocurrencies have no strong security, considering the losses users and exchanges have made since the Bitcoin inception.

The lack of knowledge on how digital money works is high, however, almost 29% of people (36% in Italy) have a basic knowledge of digital currency and there is a high demand for this disruptive tech, only 1/10 knows very well how it works. From the recently conducted study, 8 percent of assenters said they understand how the cryptocurrency works.

What is Deterring the Use of Bitcoin in Italy?

Currently, 4 out of 5 people (81%) in the world have never bought cryptoassets and this indicates how long it will take for it to be given credit to act as a legal form of payment. In Italy alone, the statistics sits at around 84%, which is close to the global one.

The study by Kaspersky shows that the cognitive gap associated to blockchain and digital asset is deterring the crave and fancy of a wide spectrum of customers to use Bitcoin and other major digital assets. Furthermore, a lot of individuals who at first were persuaded that they understood the functionality of the digital currency later chose not to adopt or use it. In actual fact, around a 1/5 of the population thought it was very hard technically and tactically  – 13 percent of Italians.

The lack of knowledge about the use of cryptocurrency could lead customers to think that the digital asset has no potential to keep their money secure. For instance, 49% of the interviewed citizens in Italy (juxtaposed to 31% of cryptocurrency users internationally) revealed that they are convinced that this particular form of currency is somehow insecure and unbalanced and that it will perhaps start to adopt it when it is very mature and stable. Also, about 29% of customers in Italy think that this is a craze that is not worth considering.

Criminals are a Major Threat

In spite of the fact that the extensive interest in digital assets already appears to have hit its peak, there are still a large number of individuals who want to try using this king of innovation. In fact, 1/5 of international assenters noted that, although they are not presently using cryptocurrency, they are considering to use it in the near future.

Particularly in Italy, users who are willing and able to use Bitcoin and cryptocurrency in the time to come is about 18 percent. Also, there are major issues amongst cryptocurrency users since there is a palpable risk to their finances.

Crooks can also use Bitcoin for their individual purposes such as money laundering, drug dealings, etc., and about 1/5 of the assenters internationally revealed were victims of cyberattacks by unknown hackers during transactions. Villains set up hoax electronic wallets to entice investors to invest their personal money and 15% of assenters said they suffered fraud related to cryptocurrency – around 7 percent is what is in Italy.