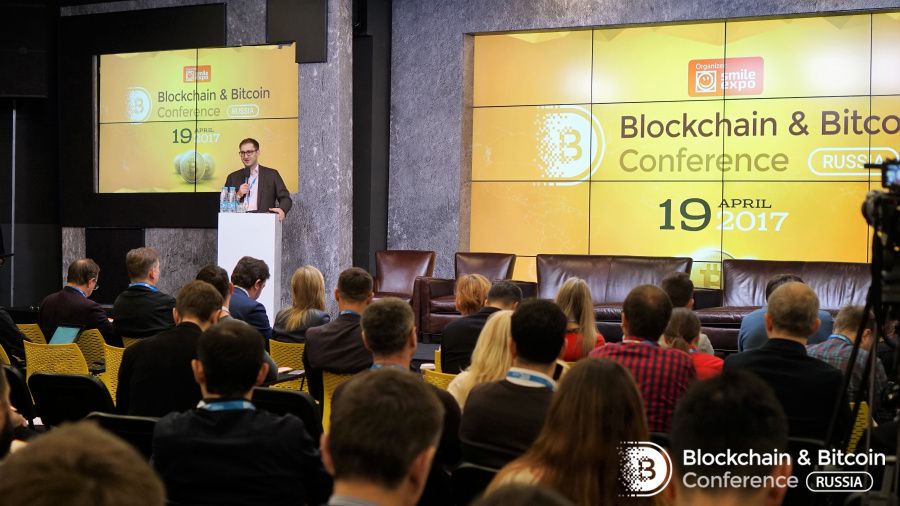 Blockchain & Bitcoin Conference Russia has been held in Moscow for the fifth time. According to organizers, Smile-Expo event company, the topic moved beyond the IT scope long ago. Now it’s a whole ideology and a giant development area for business and society.

The industry has significantly advanced in the last four years, Bitcoin capitalization has reached $17 billion, and the number of new projects is growing exponentially. It means that today it won’t be enough to gather everybody in one hall to talk about common topics, says Smile-Expo. Therefore, the conference was divided into two streams (financial-regulatory and professional), and speakers shared successes of launched projects.
Participants included some big names of the Russian-speaking blockchain segment as well as specialists from abroad, who have not presented in Russia yet.

Organizers paid special attention to the banking sector: optimization of letters of credit and internal banking processes, trade financing, as well as legal issues associated with shifting to blockchain. Representatives of Sberbank, Alfa-Bank, Sovcombank and Dubna University participated in the discussion.

The main idea expressed during the panel discussion was that the law should not restrain the development of technologies. Whereas blockchain-based products should be introduced into the legal framework, blockchain itself should remain out of legal pressure, believes the head of the field-specific working group of the parliament Elina Sidorenko. According to her, Russia has made substantial progress in the standardization of blockchain solutions. She also believes that elaboration of standards is even more advantageous than legalization. 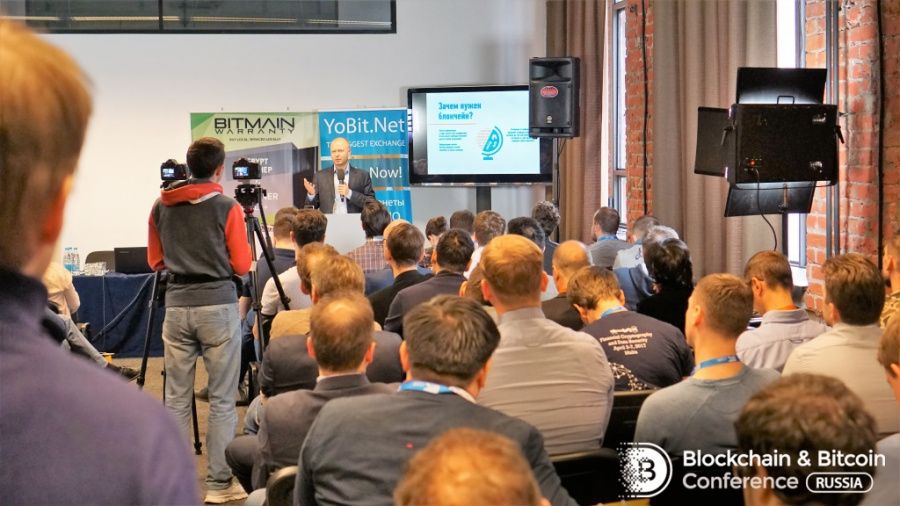 As for blockchain products, concrete examples were presented by developers of payment solutions, voting systems, identification methods, and solutions for interaction with artificial intelligence. Guests of the conference learned about the project of mobile banking for people without bank accounts, and prospects of such solutions in the developing markets.

Money will flow from the traditional system to new economy, believes the representative of the Higher School of Economics Marina Guryeva. According to her, blockchain could become a base in commodity-money relations, including the ‘robot – robot’ system.

Large blockchain-based projects will be realized in 2018–2019 – that’s the forecast of Kirill Ivkushkin, technical expert at Sberbank. And today the main task of central banks is to find a competent approach to cryptocurrency regulation and create a favorable climate following the example of Singapore, the UK or Switzerland.

Marco Streng, founder and СЕО at Genesis Mining, dedicated his report to mining capabilities. His company is known for being among the first to offer users the possibility of cloud mining and simultaneously gaining the status of the largest Ethereum miner. The speaker conducted a comparative analysis of private and public blockchains and talked about the evolution of hardware for cryptocurrency mining. He focused attention on the home mining and mining at large farms.

The conference in Moscow is a part of the project Blockchain & Bitcoin Conference, which embraces conferences in five countries. Organizers will hold analogous events in Prague and Saint Petersburg soon.